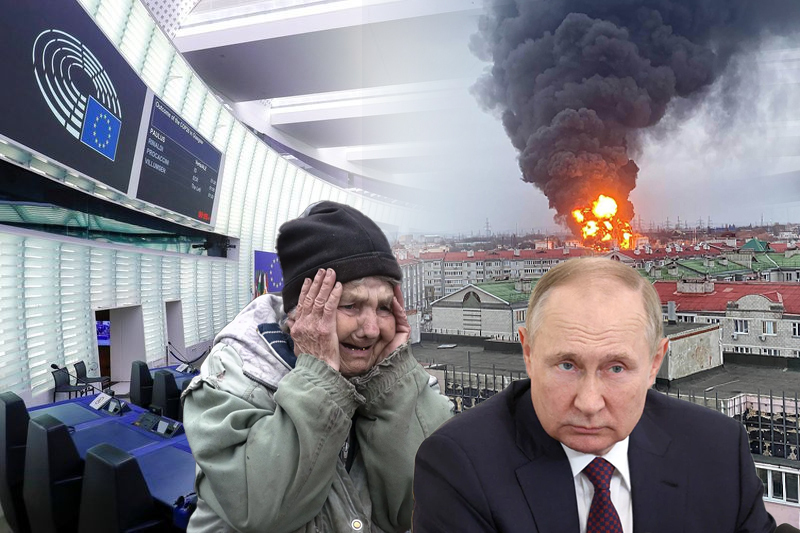 A highly symbolic, though non binding, resolution was passed by the European Parliament with the MEPs voting to declare Russia as “a state sponsor of terrorism” for carrying out brutal and inhumane conduct in Ukraine towards the civilians since the launch of its invasion.

“The deliberate attacks and atrocities carried out by the Russian Federation against the civilian population of Ukraine, the destruction of civilian infrastructure and other serious violations of human rights and international humanitarian law amount to acts of terror against the Ukrainian population and constitute war crimes,” MEPs said in the resolution. “In the light of the above, (the European Parliament) recognises Russia as a state sponsor of terrorism and as a state which uses means of terrorism.”

The text of resolution was a merger of three different resolutions that had been filed by the European People’s Party (EPP), Renew Europe and the European Conservatives and Reformists group (ECR). The resolution was passed with an overwhelming acceptance in European Parliament’s monthly plenary session in Strasbourg – 494 MEPSs voted in favor, 58 against and there were 44 abstentions.

The final version of resolution denounces Russia’s “illegal, unprovoked and unjustified war of aggression” against Ukraine. It also accuses the “Russian army and its proxies of committing a long list of crimes, such as the murder of thousands of civilians and hundreds of children, attacks on essential infrastructure, summary executions, abductions, rape, harassment, torture, mass detentions and forced deportations”.

“Russia poses a risk to the safety and security of the whole European continent and the rules-based international order,” the resolution reads. The lawmakers in European Parliament have particularly condemned Russia for provoking a massive humanitarian crisis in Mariupol while “weaponizing” food and hunger leading to global consequences.

“Russia’s action in Ukraine speak for themselves,” said a spokesperson from the European Commission. “These are not actions of a civilised state, but belong to the arsenal of terror. So essentially Russia is designating itself in the eyes of the international community already.” Ukrainian President Volodymyr Zelensky has welcomed the resolution passed by the MEPs on Wednesday, November 23, 2022, adding “Russia must be held accountable in order to end its long-standing policy of terrorism in Ukraine and across the globe.”