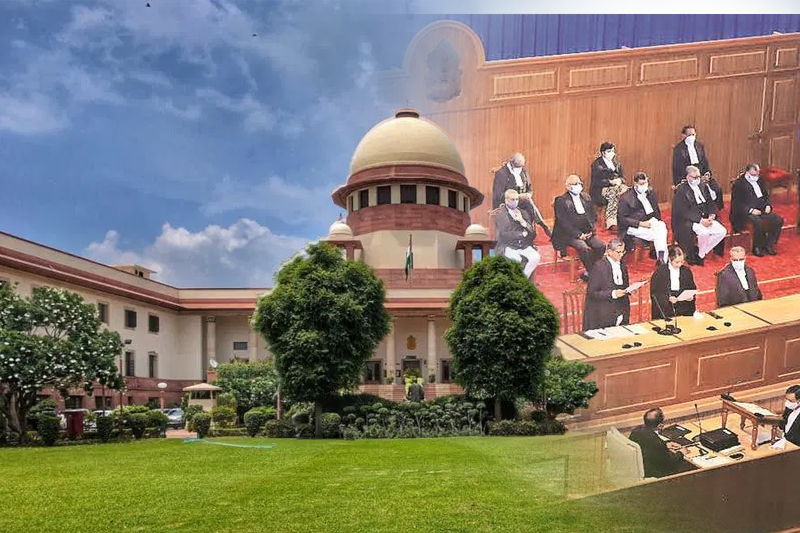 The Supreme Court – on November 7, 2022, Monday – has said that reservations based on the economic status of people does not, in any way, violate the essential features of Constitution of India. The apex court was hearing a series of petitions that challenged the “constitutional validity of the 103rd amendment to the Constitution”. The Supreme Court Justices Dinesh Maheshwari, Bela M Trivedi and JB Pardiwala ruled in favour of the quota while it was opposed by Chief Justice UU Lalit and Justice S Ravindra Bhat.

The 103rd amendment had introduced a 10 per cent reservation for Economically Weaker Sections (EWS) for getting admissions to educational institutions and government jobs.

Reading out the order, Justice Dinesh Maheshwari said, “EWS reservation does not violate the equality code or violate essential feature of constitution and breach of 50 percent does not violate basic structure as the ceiling limit is here only for 16(4) and (5).”

Justice Bela M Trivedi, concurred with Justice Maheshwari’s statement, and said: “The quota requires to be treated as affirmative action by the Parliament. No violation of Article 14 or basic structure of constitution is noted.” He added, “The EWS quota does not affect the rights of reserved classes by exempting them from its purview. The reservation was brought in to address inequalities created by the caste system. After 75 years, we need to revisit policy to live up to the philosophy of transformative constitutionalism.”

The EWS quota was introduced into the constitution through the 103rd constitutional amendment, after being cleared in January 2019 by the Central Government soon after the ruling BJP was defeated in the Madhya Pradesh, Rajasthan and Chhattisgarh elections. It was challenged in the Supreme Court. The EWS quota had “bypassed affirmative action that benefits communities traditionally marginalised in Indian society, like the SC, ST and OBC”. The quota was “a deceitful and backdoor attempt to destroy concept of reservation”, said the petitioners.