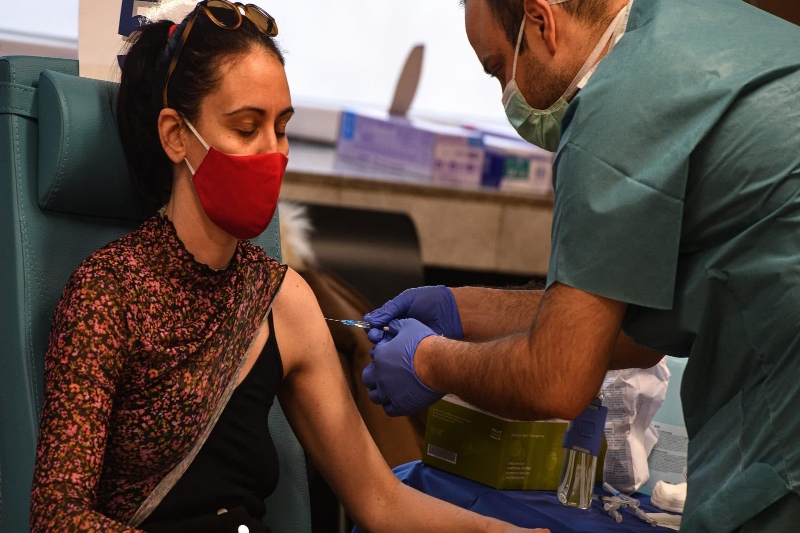 Despite repeated warnings of the Bulgarian government, people have been expressing their reservations about receiving Covid-19 vaccines. People are concerned that the chemicals used in the vaccine formation are not in accordance with their health needs and they do not want the authorities to make them a testing machine.

Bulgaria also has the lowest vaccine uptake in Europe and Romania allows it closely. These two nations have shown most reluctance to getting inoculated and the reasons range from health to faith. Low vaccination uptake is the reason why there has been a spike in the covid-19 cases.

One of the women who was asked about the reason why she did not get the vaccines, said, “Manufacturers are saying vaccines will remain experimental until 2023/2024. I don’t wish to be part of an experiment.”

Bulgaria has a large Jew community and many of them were the ones to start the protest. One Of the Covid-19 anti-vax campaigner, Kalin Ivanov, explained that they were not just against the vaccines but also against the segregation ideology which origincate from discrimination.

He also said that the world they live in does not belong to Nazi Germany or Soviet Union rather its is liberal democracy. The kind of liberalism allows an individual to practice rights that stand above the collective uses, he added.

People have been reluctant to receive the vaccine since the government first announced an effective vaccination drive but Bulgaria’s deputy health minister Aleksandar Zlatanov  stresses that the reason behind poor vaccination rates is the logistical issues and the political instability.

There seems to be a political turmoil in the Balkan nation as it has already witnessed three parliamentary elections in a duration of eight months. Despite the situation at present, he emphasised that things are slowly improving. He explained that the sign of things getting better is that the vaccination rate is now three times higher than in August.