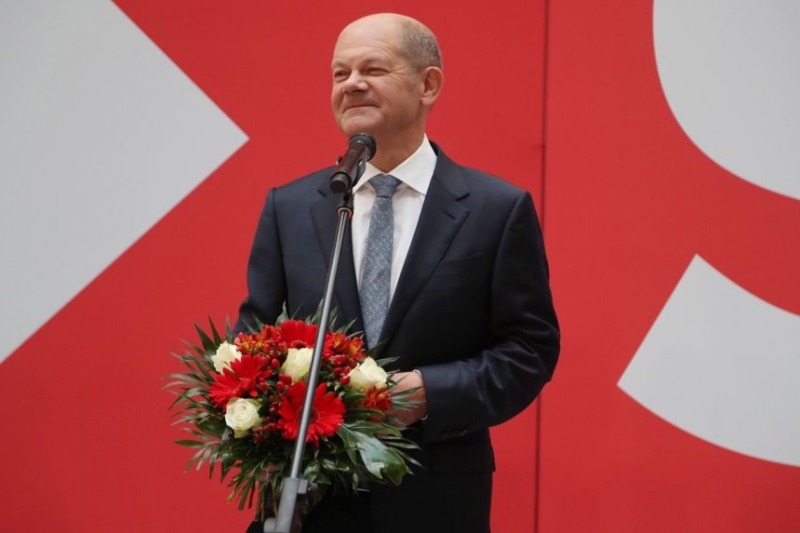 Olaf Scholz has been sworn in as the new German chancellor, formally putting an end to Angela Merkel’s historic 16-year-long era.

Scholz promised that he would work towards a new era for Germany.

After the vote in parliament, Scholz was asked by the Bundestag President whether he accepted the appointment, to which he replied “yes”. Scholz later took the oath of office.

Merkel told her former vice-chancellor to undertake the task “with joy” as she left the chancellery in Berlin, calling a day on her 31-year political career.

The German parliament backed Scholz as chancellor by 395 votes to 303. He was then formally appointed as the ninth chancellor by the President, Frank-Walter Steinmeier.

Wearing a Bordeaux tie, the Social Democrat removed his mask to accept the vote. Amid huge applause, delegates congratulated him with handshakes, fist bumps, and flowers. One legislator gave him a basket of apples.

Scholz became the first politician to refill the empty treasury benches vacated by Merkel’s ministers. He bowed his head in front of the Bundestag in a show of humility.

The new government was announced in parliament by 1:30 pm, after which his cabinet ministers took their oaths.

Olaf Scholz steered the Social Democrats to victory in late September, placing himself as the continuity candidate. He played a crucial role in Merkel’s government as vice-chancellor.

The soft-spoken 63-year-old will govern alongside the business-friendly Free Democrats and the Greens.

Scholz heads Germany’s first cabinet that includes as many women as men.

The German Social Democrat said he will try to put Europe’s largest economy on a modern path and accelerate the shift to digitalisation and green economy while keeping fiscal discipline.

Merkel has left big shoes to fill. She navigated Europe and Germany through multiple crises and was a champion of liberal democracy combating rising authoritarianism worldwide.