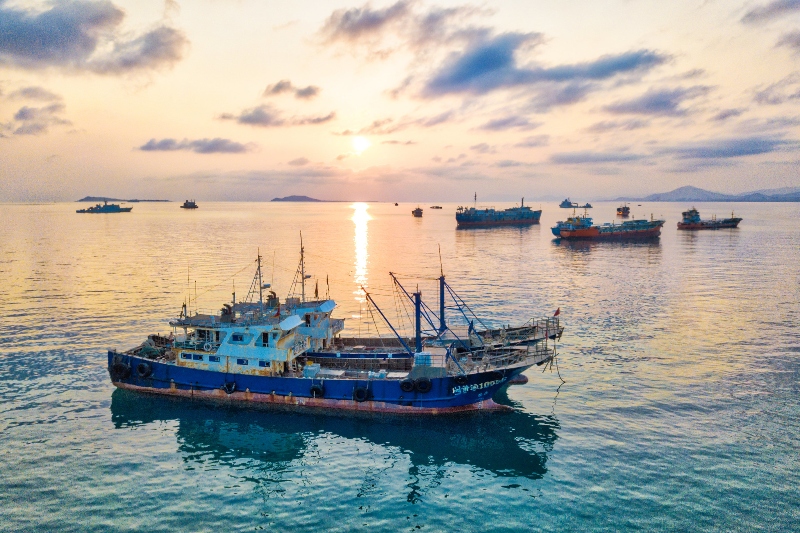 The growing imbalance of the South China Sea is unmistakable. One major reason for this is the rapid deployment of Chinese maritime vessels. China has been steadily increasing its naval power both with the aim of threatening India, in one way and trying to intimidate smaller independent nations around the South China Sea.

Maritime order rooted in international law seems to have become a joke. Many vessels have been deployed in contesting waters. China is said to be using what is called as ‘grey zone tactic’. It is a known fact that for years, the Chinese Communist Party (CCP) has been funding the expansion of the maritime vessels to assert its claims in the South China Sea.

The grey zone tactic is a classic way of creeping in to take control without creating a possible open confrontation. According to a report finding, about 300 maritime militia vessels had been deployed in large groups around the Spratly Islands since August 2018. These rely on China’s artificial islands for logistics support but no longer cloistering themselves within those harbors. However, it is worth also noting that these vessels are Chinese owned and built, in semi military standards, on the instructions of the Chinese government.

Further, a majority of Chinese fishing vessels in disputed areas of the South China Sea do not operate as independent commercial actors but instead as paid agents of the Chinese government obligated to help fulfil its political and national security objectives.

This report also says that since completing the construction of its artificial island outposts in the Spratly Islands in 2016, the Chinese Communist Party (CCP) has automatically shifted its focus toward asserting control over peacetime activities across the South China Sea. Indeed, the maritime militia is a key component of this shift. As of now, there are 112 Chinese militia vessels allegedly active in the South China Sea, along with 52 more ships ‘likely to be militia.’

Since then, militia boats have been deployed regularly and in great numbers to disputed waters in the Spratly Islands. A recent large-scale deployment was in March 2021, when about 200 suspected militia boats gathered near the Whitsun Reef in Union Banks, leading to a diplomatic rift between China and the Philippines.