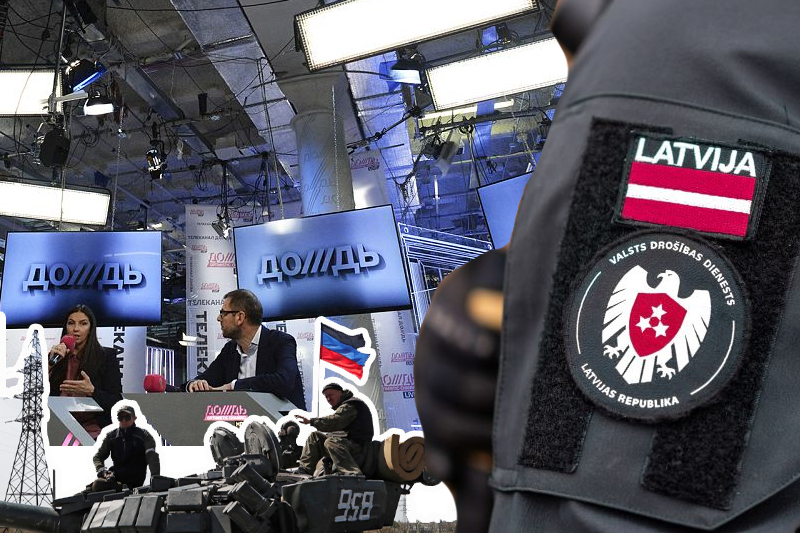 After the recent statements by independent Russian TV station Dozhd has raised suspicions over the chances that it might be helping Moscow troops for carrying out the offensive in the Ukraine. This has prompted Latvia to open an investigation on Friday. Latvia has also fined independent Russian television channel Dozhd 10,000 euros ($10,500) over its coverage of the war in Ukraine, the Latvian National Electronic Mass Media Council (NEPLP) said on Friday.

Dozhd, or TV Rain, is currently broadcasting from Latvia, including other locations after Russian authorities had forced a shutdown of its operations in Moscow citing the allegations that the TV channel had “deliberately spread false information about the actions of Russia’s troops in Ukraine”.

The Latvian state security service had said that a moderator on a Dozhd news broadcast on Thursday had expressed “hope the station had already helped provide many Russian soldiers with basic equipment and amenities”. The state security service said in a news release, “The statements … raise suspicion about the TV channel providing assistance to the soldiers of Russia’s occupying forces.”

Dozhd’s anchor Alexei Korostelev had on Thursday said that “we hope that we were able to help many soldiers, for example with equipment and basic amenities at the front.” Dozhd editor-in-chief Tikhon Dzyadko has apologized to viewers for the mix-up on Friday, adding that the “channel was not helping Russia’s army with equipment and that the misleading video was deleted”.

“Considering the crimes committed by the Russian occupation forces against Ukraine and its people, any material or financial assistance to the aggressor country is illegal and may involve criminal liability for financing war and terrorism,” the statement said.

A national electronic media council said that Dozhd had also been fined €10,000 on Friday for broadcasting a map that showed Crimea as annexed to be a part of Russia. Latvia, which is a small former Soviet republic with a minority population speaking Russian, has been among the biggest critics of the Russian invasion of Ukraine. The service also said that “it had repeatedly warned policymakers about the challenges “emanating from Russia’s so-called independent media relocating their activity to Latvia.” The service added that they posed “intelligence risks”.