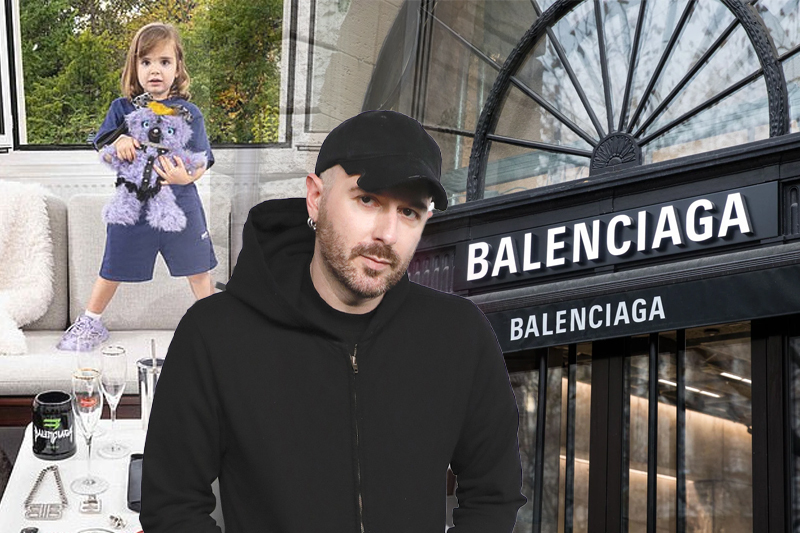 Friday, December 2nd, the creative director and CEO of the French fashion label Balenciaga issued apologies for an ad campaign that caused outrage on social media due to allegations that it featured improper images of minors.

The controversy surrounding the campaign prompted reality television star Kim Kardashian to reconsider her relationship with the label.

Separately, the label owned by Kering issued a statement under the signature of CEO Cedric Charbit explaining new internal procedures, including the establishment of a “image board” to examine content.

In recent weeks, the label has received criticism for two distinct web ads. A purse in the shape of a stuffed teddy bear with bondage-style straps was displayed in an advertisement for a gift collection last month, with youngsters holding it.

A second, distinct ad for the label’s spring 2023 collection, situated in an office, included papers with wording from a 2008 Supreme Court decision against child pornography.

Balenciaga issued an apology and stated that investigations into the ad campaigns were ongoing in a statement earlier this week. It claimed that the papers containing the legal wording on child pornography were borrowed from a third party and filed a lawsuit against the inclusion of the “unauthorized documents.”

Charbit stated in a statement released on Friday that the label has opted not to pursue legal action.

Charbit stated, “I wish to restate my heartfelt apologies for the hurt caused and accept full responsibility.”