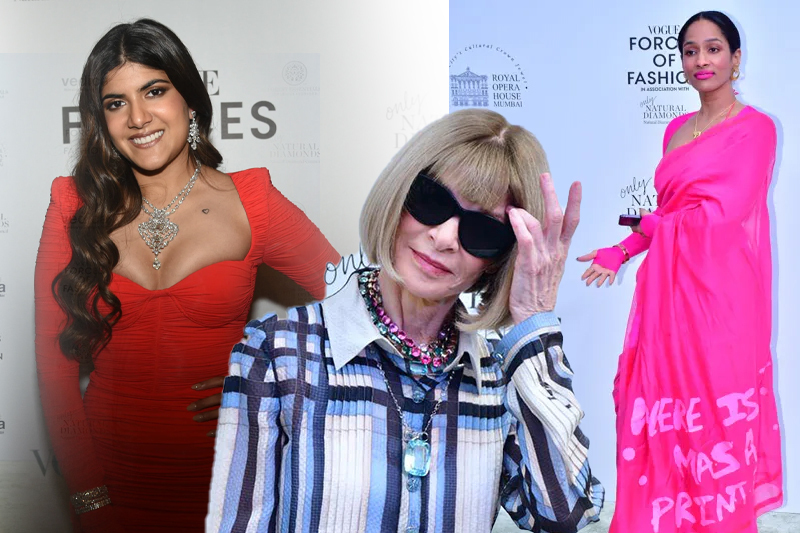 At the inaugural Forces of Fashion event, Vogue India hosted a lavish evening to honour the fashion industry and great craftsmanship. Some of the most well-known figures in the fashion world attended the event, making a victorious in-person comeback, dressed to the nines in black tie attire consistent with the event’s theme of cocktails and diamonds.

Also Read – Fashion Worlds Future and its Contribution Amid Coronavirus

While Anna Wintour, the first lady of fashion, continued to be the belle of the ball for Forces of Fashion, many well-known figures attended the event wearing regal attire. From the arrival of Tamannaah Bhatia, Manushi Chillar, and Mira Rajput Kapoor in all-black outfits to Masaba Gupta’s serving of a statement in sari-rani pink.

Given that Mrunal Thakur, the actor who plays Sita Ramam, wore a chrome version of a cut-out dress, and Aditi Rao Hydari wore a fuchsia pink brocade suit, combinations of monochrome tones and rani pink appeared to dominate the colour palette for the evening. Ananya Birla, an Indian musician, added drama to her outfit choice, and Shibani Dandekar-Akhtar made a statement with an unusual silhouette.

While everything was going on, Bollywood actors Ayushmann Khurrana and Vijay Varma upped the ante for the evening’s fashion with their respective all-white and all-black ensembles. Sabyasachi Mukherjee, a panellist, Sanjay Garg of Raw Mango, Manish Malhotra, and Dhruv Kapoor were among those there to highlight the diversity of the Indian design industry as a whole.