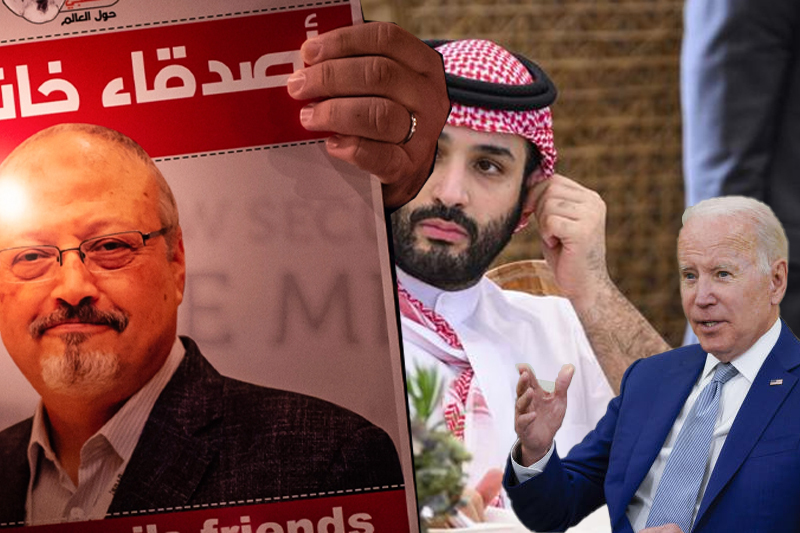 us says saudi prince has immunity in khashoggi killing lawsuit

US says Saudi prince has immunity in Khashoggi killing lawsuit

The United States administration ruled on Thursday that the Crown Prince of the Kingdom of Saudi Arabia (KSA), Mohammed bin Salman, has immunity from a lawsuit over the murder of Jamal Khashoggi. The US Justice Department lawyers said that the executive branch of the US government had “determined that defendant bin Salman, as the sitting head of a foreign government, enjoys head of state immunity from the jurisdiction of U.S. courts as a result of that office.”

A spokesperson for the White House National Security Council reportedly said in a written statement, “This is a legal determination made by the State Department under well-established principles of customary international law.”

The move drew sharp criticism from the slain journalist’s former fiancee. Khashoggi’s ex-fiancée, Hatice Cengiz, wrote on Twitter, “Jamal died again today. We thought maybe there would be a light to justice from the USA. But again, money came first.” Sarah Lee Whitson, a spokeswoman for Democracy for the Arab World Now, also criticised the Biden administration for the ruling.

U.S. intelligence also said that the murder took place under the directives of the Crown Prince. However, MBS denied involvement in the murder of the journalist. According to Reuters, later on, MBS acknowledged that the killing took place “under my watch.”