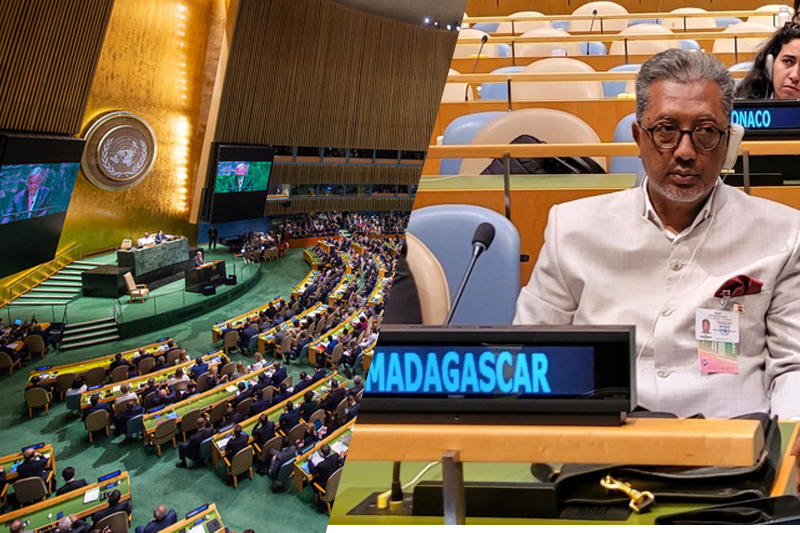 why was madagascar foreign minister sacked

Why Was Madagascar Foreign Minister Sacked?

In the recent UN General Assembly vote, Madagascar voted to condemn Russia’s annexation of regions of Ukraine. The Foreign Minister found himself without his title when he went back home.

The UN General Assembly voted overwhelmingly to condemn Russia’s actions of “attempting illegal annexation” of the four regions in Ukraine and called on all countries not to recognise the move. Of the 193-member General Assembly, as many as 143 reignty, independence, unity and territorial integrity of Ukraine within its intecountries voted in support of a resolution. This would also go ahead to reaffirm the sovernationally recognized borders.

Two senior officials at President Andriy Rajoelina’s office told a leading media agency that minister Richard Randriamandrato however had found himself being sacked for being one of those who voted in support.

For many African countries siding with anyone has become difficult as it is one of the trade allies with Ukraine and Russia and doesn’t know how to take sides. Many have a complicated history of relations with the West and the former Soviet Union as well as important economic ties to Russia.

Until last week, Madagascar always abstained during the various votes on resolutions related to the crisis in Ukraine. The government spoke of neutrality and non-alignment on the subject.
Randriamandrato declined to comment. Eighteen of the 35 countries to abstain on last week’s vote were African. Russia, Belarus, North Korea, Syria and Nicaragua voted against the resolution.
On the flipside, there is new found leverage and some of the smallest democracies of the world are now standing tall against the new economic order that Russia has established for itself as it concedes a certain defeat in Ukraine.

Countries that were once under the Russian rule are now getting a flagging for the former ruler as they voiced their sense of disrespect that has been coming to them from Kremlin for decades together. In a recent summit in Kazakhstan, Tajikistan’s President since 1994, Emomali Rakhmon was emphatic. He said and this was quoted in the recent media grabs that, “We want respect. Nothing else. Respect.”