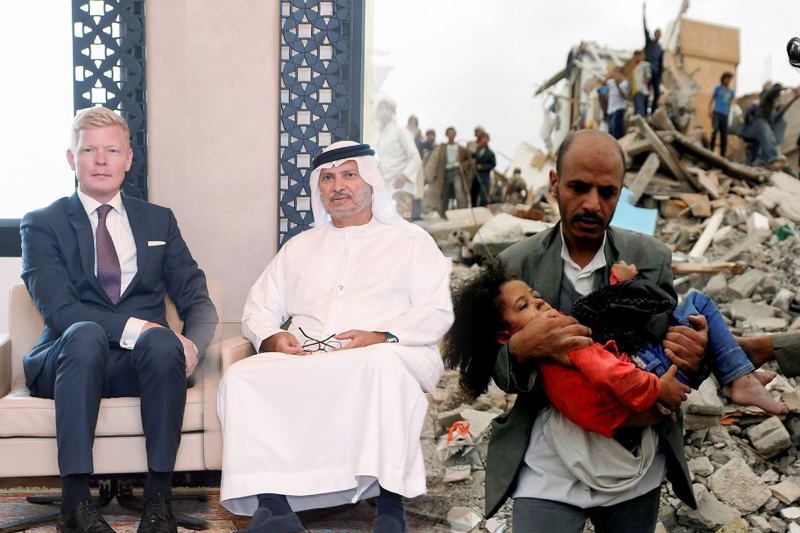 uae renews its commitment to support initiatives towards stability in yemen

UAE renews its commitment to support initiatives towards stability in Yemen

United Arab Emirates has renewed its commitment to support all the international efforts and initiatives to establish peace, security and stability in Yemen. The United Nations’ special envoy to Yemen, Hans Grundberg was received on Tuesday by Dr. Anwar Gargash, Diplomatic Adviser to the UAE President, His Highness Sheikh Mohammed bin Zayed Al Nahyan.

The two diplomats discussed during the bilateral meeting about the recent developments in the Yemen crisis and also conversed about the international efforts and initiatives to find a peaceful solution to achieve stability in Yemen. The meeting also addressed the recent talks held by Grundberg and other international parties to extend the truce in Yemen and reach a permanent ceasefire, as well as encourage relevant parties to return to the negotiating table and reach a peaceful settlement, state news agency WAM reported.

Earlier this month, a six month long truce in Yemen had expired without any extension, raising concerns over increased violence. But UN envoy had assured of negotiations towards truce. “I urge (the warring parties) to fulfil their obligation to the Yemeni people to pursue every avenue for peace,” the UN special envoy from Sweden was quoted as saying with hopes towards extension of armistice.

UAE has expressed its keenness and commitment to support establishment of stability in Yemen, the country that has been experiencing extreme violence and war since 2014. Dr Gargash said, “The UAE supported UN efforts and those of the international community to end the suffering of the Yemeni people, who are facing devastating humanitarian conditions.”

The diplomatic adviser to UAE President also lauded the role of Saudi Arabia in supporting the UN and the international community efforts to be able to reach a political solution to the crisis through dialogue. Dr. Gargash also noted the “positive response of the Yemeni government to the UN’s suggestions on extending the truce” and “affirmed his support for Yemen’s Presidential Council” during the critical talks with Mr. Grundberg.

Mr. Grundberg discussed with Dr. Gargash about the various efforts from all Yemeni parties as well as the international community to reach a ceasefire. He also said that the “UAE’s relevant role was greatly appreciated”.

UAE has always stood firmly on its principles of finding solutions through diplomacy, dialogue to achieve stability and security in a region. The meeting between the two diplomats reaffirms the stand of UAE to support all efforts towards achieving extension of armistice in Yemen and achieve stability in the war-torn country.