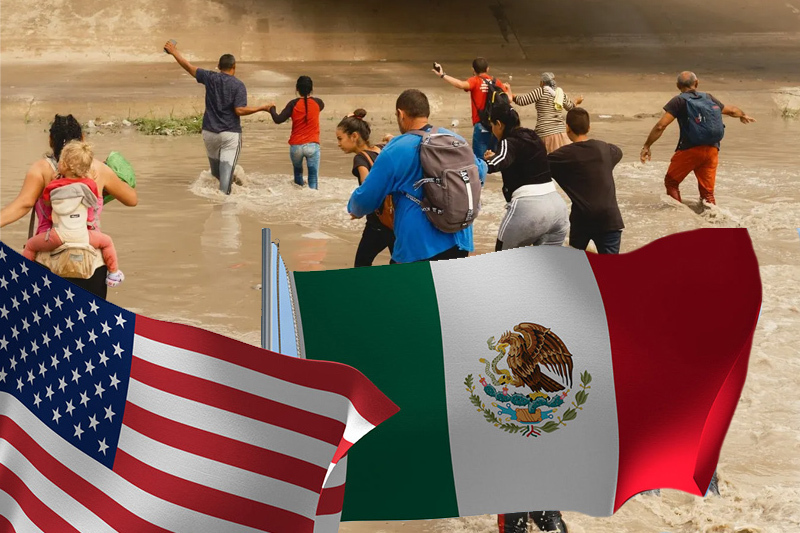 migration deal between us and mexico to tackle venezuela movement

Migration deal between US and Mexico to tackle Venezuela movement

The US and Mexico have entered an immigration plan that will allow some Venezuelan migrants to enter the United States. But the people who arrive illegally will have to be sent back to Mexico. It is hoped that this deal will ease pressure at the critical US and Mexico border that is experiencing a continuous flow of migrants from Venezuela as they flee the country hit by crisis.

Past five years have experienced exodus of about six million people from Venezuela in one of the largest migrations in the world. The people are fleeing South American country amid rising violence, shortages of food, fuel and medicines, as repression by President Nicolás Maduro’s government continues. The mass movement of people from Venezuela towards US – Mexico border has been seen as a desperate attempt by them to seek an improvement in their lives. The people are walking thousands of miles on some dangerous routes to try to reach the US – Mexico border, where they try to either enter illegally or claim asylum.

Under the new migration deal by Biden administration, that is effective immediately, about 24,000 eligible Venezuelan migrants will be allowed to enter the US by air, and can stay for up to two years. “They must still be in Venezuela, and not have made the trek to the US – Mexico border,” the US Department of Homeland Security said in a statement.

“These actions make clear that there is a lawful and orderly way for Venezuelans to enter the United States, and lawful entry is the only way,” said Secretary of Homeland Security Alejandro N. Mayorkas. “Those who attempt to cross the southern border of the United States illegally will be returned to Mexico and will be ineligible for this process in the future. Those who follow the lawful process will have the opportunity to travel safely to the United States and become eligible to work here.”

What factors make Venezuelans eligible under the new deal?

Venezuelans are ineligible if they: