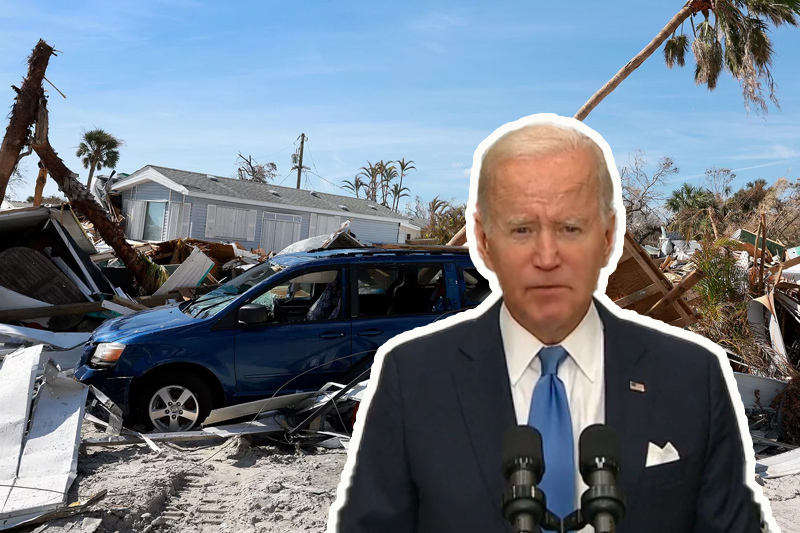 President Joe Biden will be visiting Florida state ravaged by hurricane Ian with an assurance and pledge that federal, state and local governments will unite and work as one system to help rebuild homes, businesses and lives that have been devastated by the hurricane, putting politics on mute for now and focus on the people in need.

Hurricane Ian, after wrecking havoc in Cuba, ravaged Florida resulting in death of at least 84 people, including 75 in Florida. Hundreds of thousands of people are still waiting for power to be restored. President Biden is scheduled to meet with residents and small business owners in Fort Myers, Florida on Wednesday and thank government officials for providing emergency aid to the victims and remove debris.

President Biden in Florida will be joined by two of his most prominent Republican critics – Florida Governor Ron DeSantis and Senator Rick Scott, as confirmed by the White House and Scott’s spokesman. White House press secretary Karine Jean-Pierre suggested on Tuesday that it would be “inappropriate for them to focus on political differences” at this time. With just one month left for the mid term elections, the hurricane crisis has the potential to bring together the most staunch political rivals towards a common cause.

“There will be plenty of time, plenty of time, to discuss differences between the president and the governor — but now is not the time,” Jean-Pierre told reporters at a White House briefing. “When it comes to delivering and making sure that the people of Florida have what they need, especially after Hurricane Ian, we are one. We are working as one.”

Biden and Florida Governor DeSantis have had many differences, especially in recent years on agendas including how to fight Covid-19, immigration policy and many more. Recent weeks have been highlighted by their tussle over the DeSantis’s decision to put migrants on planes or buses and transport them to Democratic strongholds, a move that President Biden has called “reckless.”

Former New Jersey Governor Chris Christie, a Republican who had welcomed President Barack Obama to survey Hurricane Sandy damage in the state just days before the 2012 general election, has said that “during natural disasters the best political strategy is to have no political strategy, to do your job.” “At core this is what government is there for, it’s to protect the safety and the welfare of the people,” Christie said in an interview Tuesday. “The only thing that should be on the president’s mind, on Gov. DeSantis’s mind, on (Sen.) Marco Rubio’s mind is the turmoil and the tragedy that’s happened to people’s lives and how we can make it better.”