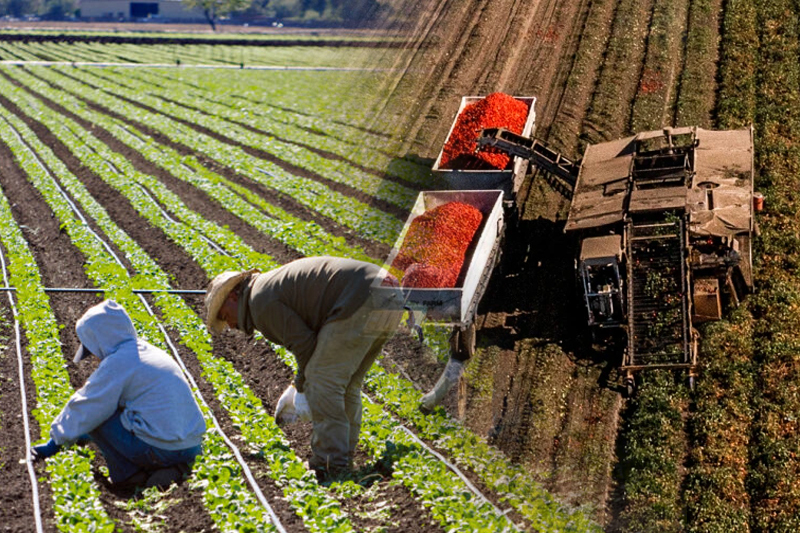 Push for immigration reforms in US to counter food price surge, labor shortage

A national immigration reform is being pushed for by farmers across the United States which can tackle labor shortage in agriculture sector while curbing rise in food prices as increased production cost of crops continue to impact the sector. According to the farm operators, the Farm Workforce Modernization Act that has already been passed by the House and is now pending in the Senate, will provide a stable and reliable workforce through creation of a citizenship pathway for undocumented agricultural workers and ushering reforms in the otherwise seasonal farmworker visa program.

“At a time when labor shortages are contributing to inflation and high food prices, it’s clear that we need the Senate to pass our Farm Workforce Modernization Act to stabilize the agricultural workforce and protect America’s food supply,” Rep. Zoe Lofgren, the California Democrat who sponsored the House bill, said. Labor shortage has been an issue in US agriculture sector, exacerbated by the pandemic and border closure, resulting in food price surge. Food costs are now 10 per cent higher than they were last year at this time, according to the U.S. Bureau of Labor Statistics.

The Senate version of this bill, which is sponsored by Sens. Mike Crapo, an Idaho Republican, and Michael Bennet, a Colorado Democrat, would modify and further expand the widely used H-2A temporary work visa program to offer undocumented farm workers an “year-round work-based residency with an eventual pathway to citizenship”.

“We have about 60 full-time people that work on the farm all year long, but that is not enough when you hit harvest to be able to get that crop out of the ground, so we need an additional 100 to 150 employees on the farm side, that’s not including the processing and packing facilities,” said Stephanie Mickelsen, chair of the American Farm Bureau Labor Committee and is also running unopposed for a state office in Idaho. “I would hire domestic workers, but they don’t seem to exist.” Mickelsen owns large-scale potato farming operation in Idaho. Her farm began using the H-2A program for farmworkers which according to her has made a “huge difference”.

Groups like Familias Unidas por la Justicia, a farmworker union on the West Coast, are opposing the bill in part because of a requirement that needs enrollment in a government verification process, they can lead to unlawful tracking of immigrants while not including all undocumented immigrants who work on farms. “Those who don’t qualify for any kind of relief from the Farm Workforce Modernization Act are basically given two options: You can either self-deport or you can join the H-2A program, which time and time again, we’ve seen, is very exploitative,” said Edgar Franks, political director of Familias Unidas por la Justicia and a former farmworker in Washington.