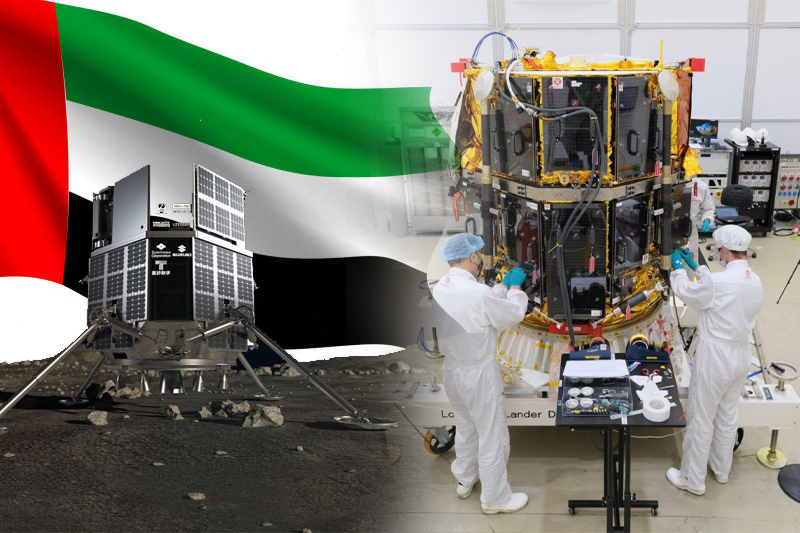 The lunar lander is a part of the Hakuto-R programme and will blast off on a SpaceX Falcon 9 rocket from Cape Canaveral, Florida. The M1 lander will be carrying multiple commercial and government payloads, including two rovers to the moon surface.

The Mohammed bin Rashid Space Centre (MBRSC) has announced that the “Explorer Rashid” team has completed tests of the final stage, which constitute the last step before the launch date for the final completion of the Emirates Moon Exploration Project – the first Emirati mission to the surface of the moon.

Salem Humaid Al Marri, Director General of the Mohammed bin Rashid Space Center, said, “We congratulate and thank all members of the team who worked hard and diligently during the past period of tests with the aim of making the Emirates project to explore the moon a success, which will constitute a new scientific qualitative leap for the United Arab Emirates, and will pave the way for more Future space exploration missions, as this project embodies the spirit of innovation and scientific progress that characterises the UAE and its contribution to research and explorations of global space sciences.”

Dr. Hamad Al Marzouqi, Director of the Emirates Lunar Exploration Project, said, “All of us at the MBRSC are waiting for this long-awaited moment, after we have completed the testing stages, and today we are preparing to move on to the next and final stage of our mission before launch, which includes placing the explorer in the launch rocket.” He added, “We stress the importance of the sciences and technological technologies that have been applied in the Emirates project to explore the moon and their role in providing an answer to several questions related to the geology of the lunar surface, which we have worked on for years.”

The successful completion of the UAE Moon Mission of Explorer Rashid will make UAE the fourth nation globally to land on the lunar surface. The UAE’s rover is named after the late Sheikh Rashid bin Saeed Al Maktoum, former Ruler of Dubai. The rover would make its landing in an unexplored area on moon called ‘Mare Frigoris’. Also called the ‘Sea of Cold’, Mare Frigoris lies in the far north of moon, according to NASA. The mission will involve the rover to collect images and information, allowing the UAE to study “how to build a human settlement on the moon, prepare for future missions to study Mars, and provide the scientific community with answers about the solar system”.

This project embodies the scientific and innovation progress made by the UAE, providing an excellent platform for the future generations for research and explorations.