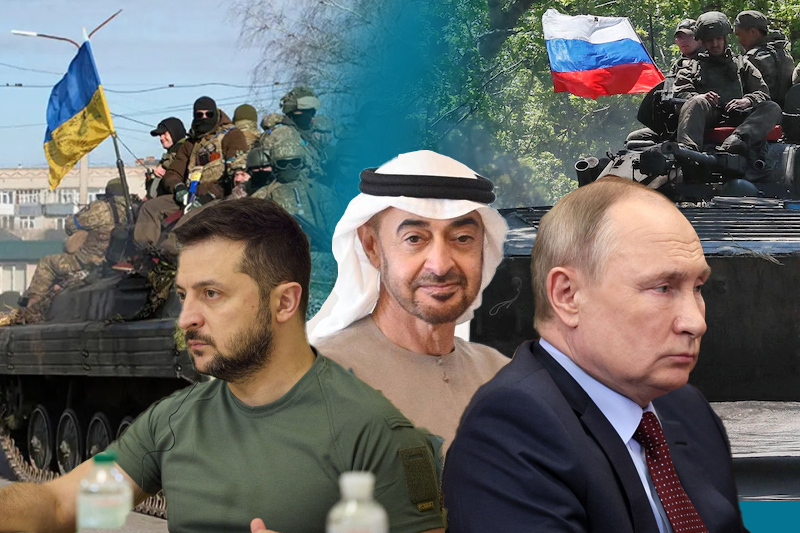 The recent visit to Russia by UAE President His Highness Sheikh Mohammed bin Zayed Al Nahyan to meet Russian President Vladimir Putin has been instrumental in treading towards solutions to Ukraine and Russia crisis. The United Arab Emirates Sheikh Mohamed bin Zayed Al Nahyan reiterated his country’s readiness to mediate between Russia and Ukraine and reach conscious and diplomatic solutions to the crisis.

After the meeting between the two leaders, Russian President Putin was all praise for the efforts by UAE and stand taken by the country’s leadership. Putin “expressed Russia’s appreciation for the UAE’s efforts, noting that they are a testament to its readiness to support mediation efforts,” reported WAM.

Today I arrived in St. Petersburg and met with President Vladimir Putin. We discussed several issues of mutual concern, including the Ukraine crisis, and the importance of engaging in dialogue to reduce tensions and arrive at a diplomatic solution. pic.twitter.com/uOgGAxDP6x

UAE’s special efforts in playing a key role in the prisoner exchanges between Russia and Ukraine were specifically praised by the Russian President as he called it “a testament to UAE’s readiness to support mediation efforts”. During the meeting, President Mohammed bin Zayed Al Nahyan stressed on the importance of keeping the channels of dialogue open between Russia and Ukraine. Putin too stressed on hoping for UAE’s mediation efforts to continue. WAM reported that the two leaders also “underscored the ongoing rapid growth seen across the UAE-Russia relations and their satisfaction with such growth”.

The UAE under its esteemed leadership, has always chosen to follow the path of neutral position since the beginning of Ukraine war. The visit to Russia by President Mohammed bin Zayed highlights the same neutral stance on the war as the UAE President aims to bring diplomacy and dialogue as way to bring reach a solution to crisis in Ukraine.