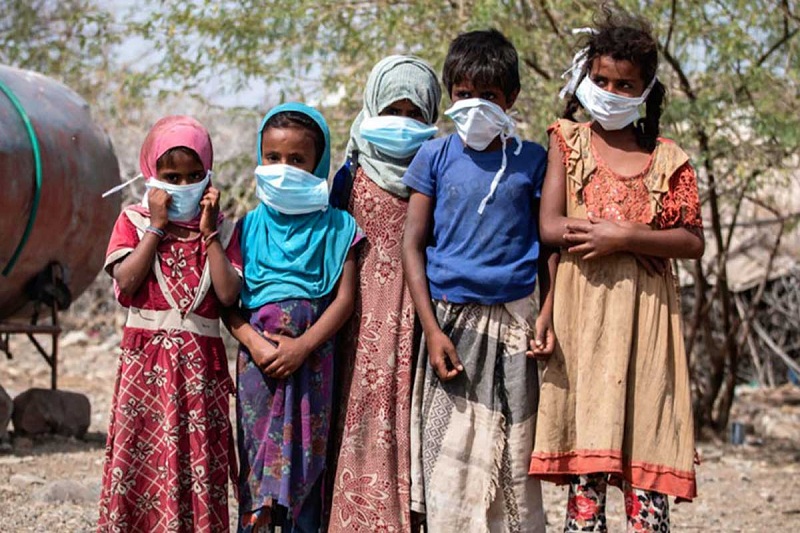 Four leading global economies have raised concerns over dwindling economy of war struck Yemen. In a joint statement issued on Thursday, the UAE, USA, UK and Saudi Arabia stressed on the collapsing economy of country and called for implementing Riyadh Agreement in Yemen.

Stressing on their commitment to provide economic support to Yemen, the joint statement said, “The Quad nations noted with concern the depreciation of the riyal, corresponding rise in food prices, and severe impact on Yemen’s economy and humanitarian situation.” Yemen at present is undergoing one of the worst humanitarian crises of our time led by the years-long war aggravated by Houthis, the Iran backed movement, who are point blank refusing to engage in a ceasefire to restore peace in Yemen.

The statement by four nations followed recent warning by the United Nations that continuation of current situation in Yemen can lead to its complete collapse. Statement was issued after the Ambassadors of United Arab Emirates, Saudi Arabia and United Kingdom to Yemen, and the chargé d’affaires for the US Embassy to Yemen held a meeting in Riyadh.

Iraq To Shoulder Peace Summit For Saudi Arabia And Iran

The concerns around Yemen’s economy are stemmed from rise in food prices, depreciation of Yemeni rial and humanitarian crisis in the country ripped apart by war. The four nations stressed that its crucial for Yemeni government to return to Aden, citing its role in managing international support for Yemen’s economic recovery in future. They also called for implementation of Riyadh Agreement in the country. The nations reiterated their commitment to render their full support to newly appointed UN special envoy for Yemen Hans Grundberg.

Riyadh Agreement was signed on November 5, 2019 between the Republic of Yemen Government (ROYG) and YAE-backed Southern Transitional Council (STC). The agreement included several provisions like formation of new Yemen government that incorporates STC, disarmament of militias and incorporation with military formations under defense and interior ministries, support to Yemen’s economy, and demilitarization of Aden.

UAE Embassy to Yemen tweeted on its official Twitter handle, “The UAE ambassador to Yemen participated in the Quartet meeting, along with the ambassadors of the Kingdom of Saudi Arabia, the ambassadors of the United Kingdom and the charge d’affaires of the United States of America regarding the Yemeni crisis. They called for steps to be taken to stabilize the economy, implement the Riyadh Agreement, and facilitate the government’s return to Aden.”

Ambassador of the United Arab Emirates to Yemen, Salem Al-Ghafli visited Riyadh where he was received by Prime Minister, Dr. Moeen Abdulmalik. The two diplomats discussed number of developments and also the critical need to “complete the implementation of the Riyadh Agreement, and support and enable the government to perform its work from the temporary capital, Aden.”