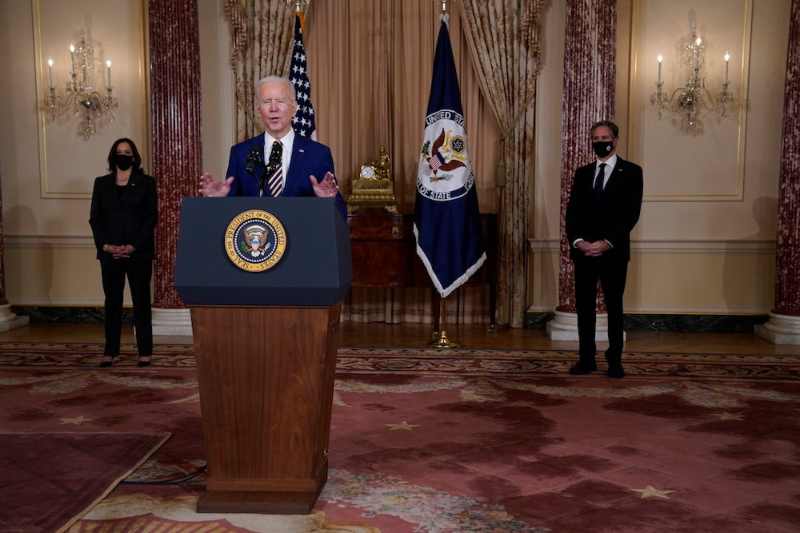 UAE welcomes Lenderking’s appointment as US envoy for Yemen, urge all sides to maintain political decorum

On Thursday, US President Joe Biden, appointed Timothy Lenderking as the US special envoy for Yemen in a bid to re-strategize American diplomacy, focusing on ending “the war in Yemen, a war which has created humanitarian and strategic catastrophe”. During his recent visit to the US State Department in Washington, the Democratic President said, “This war has to end. And to underscore our commitment, we’re ending all American support for offensive operations in the war in Yemen, including relevant arms sales.”

With an aim to set a fresh tone with regard to the US foreign policy towards the region, Biden announced the withdrawal of US support for a Saudi Arabia-led military campaign in Yemen, demanding an immediate halt of the war, which has been going on for more than six years. He said that Yemen civil war, which was widely viewed as a proxy conflict between Saudi Arabia and Iran, “has to end.”

The appointment of a veteran US diplomat was a welcome move for many nations in the region, which have been striving to bring some resolution and relief to the ongoing Yemen crisis. The United Arab Emirates was one among such nations. On Friday, UAE minister of state for foreign affairs, Anwar Gargash, took to Twitter to congratulate Lenderking on his appointment as Special Envoy for Yemen by POTUS. He lauded Lenderking’s expertise and US engagement towards the region, which he believed would help not only the conflict-riddled nation but also the entire region in gaining peace and stability.

He also emphasized UAE’s peace-keeping role in the neighboring country and said that Emirates had ‘ended its military involvement in Yemen in October of last year’. He added, “Eager to see the war over, the UAE has supported UN efforts & multiple peace initiatives. Throughout the UAE has remained one of the largest providers of humanitarian assistance to the Yemeni people.”

UAE has been working actively in supporting of the Yemeni government in combating terrorist activities of Al Houthi, an Iran-backed militant outfit. Emirates, which has always promoted the establishment of a stable government for Yemen, expressed optimism with regard to the recent development, given Tim Lenderking‘s wide understanding of the region and its factions. US veteran is well acquainted with the key regional actors and stakeholders as he served as Deputy Chief of Mission at the US Embassy in Saudi Arabia in the past, along with his experience of handling few assignments in Iraq and Kuwait.

Houthi rebels have been fighting to bring down the internationally recognized government and its allies in the pursuit of taking full control of the country. Yemen civil war hit its highest point on 26 March 2015, when the country’s president, Abd Rabbu Mansour Hadi, fled to Riyadh and urged the Arab nations for help. Following his plea, a coalition of 20 Arab nations intervened to push the Iranian extremist group out of the capital, Sana’a.

The United Nations has been raising alarms about the worsening plight of Yemeni people, about 80% of whom have been living in abject poverty. UN has urged the warring factions to end the conflict as the country’s population was in dire need of relief supplies. which if not delivered would bring millions on the verge of a large-scale famine. The organization has been referring to the ongoing conflict as the worst humanitarian crisis in the region in decades.