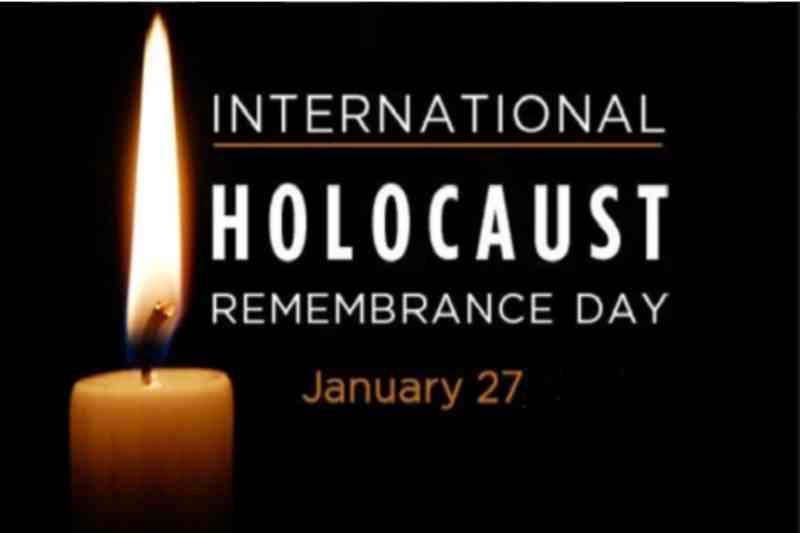 January 27 every year is observed as the International Holocaust Remembrance Day – a dedicated day when the world remembers and pays tribute to Jewish holocaust victims during the Second World War at the hands of Nazis under Hitler across Europe. The day also marks the liberation of Nazi Concentration and Extermination Camo at Auschwitz-Birkenau by the Soviets in 1945. The day was officially designated by United Nations General Assembly in 2005.

The day reaffirms world’s commitment to stand against antisemitism, racism and intolerance in other forms that can lead to violence against a targeted group.

Adolf Hitler led the German Nazi regime targeted European Jews among many other groups from 1933 to 1945. Hitler’s agenda was cleansing the race as he considered them as ‘inferior’. Under the pretext, Hitler killed at least 6 million Jews under cover of World War II. His belief of Jews being an ‘alien threat’ to racial purity in Germany led to ‘final solution’ of their killing, known as the Holocaust. Jews mass killings, including those of over a million children, were blatantly carried out at many concentration camps, including the Auschwitz camp in Nazi-dominated Poland.

This year the day, for the first time will be organized jointly by the United Nations and UNESCO. Various evens will be held virtually due to coronavirus pandemic.

Furthermore, for the first time in history, Arab nations are participating in the commemoration of the massacre. The United Arab Emirates and Bahrain have become the first Arab countries to reaffirm the stand against antisemitism and promote Holocaust awareness.

Sharaka, an interfaith group that means ‘partnership’ in Arabic, brought the first-ever delegation to Israel of UAE and Bahrain leaders in December 2020. The group was formed in wake of the Abraham Accords last year. The delegation visited Yad Vashem, The World Holocaust Remembrance Center in Jerusalem, Israel. The delegates have pledged to raise Holocaust awareness and combat antisemitism. It will be done by educating young minds with historically accurate material regarding the holocaust, promoting interfaith and intercultural dialogue, thereby rejecting the stereotypes and misinformation.

As a part of this, first ever joint Middle East International Holocaust Remembrance Day ceremony was held virtually through initiative of UAE and Bahrain.

In October 2020, UAE foreign minister Sheikh Abdullah bin Zayed Al Nahyan visited the Berlin Holocaust Memorial with his Israeli counterpart, Gabi Ashkenazi. Sheikh Abdullah shares that his visit to the memorial underlined the importance of the “noble human values of co-existence, tolerance, acceptance of others and respect of all religions and beliefs”. He concluded his message in the memorial guest book with “Never Again”.

Houda Nonoo of Bahrain’s Foreign Ministry tweeted, “We remember the six million lives taken from us too soon. We must be vigilant combating all forms of hate and antisemitism by promoting education and tolerance. Bahrain is committed to this.”

Dr. Mohammed Al-Issa, secretary general of the Muslim World League has called for interreligious harmony through dialogues between Muslims and Jews. He said that Muslims will stand “shoulder to shoulder” with Jews. He said, “We in the Muslim World League are proud to stand shoulder to shoulder with our Jewish brothers and sisters to build understanding, respect, love and interreligious harmony.”

The day of remembering those who suffered in the holocaust massacre comes along with a pledge to stand against antisemitism and violence and to ensure it happens “Never Again.”