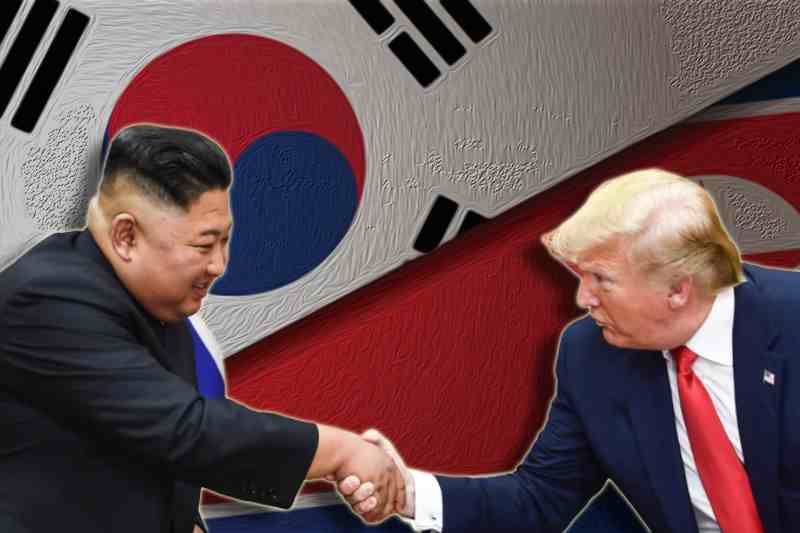 The US-South Korea alliance has grown into a crucial partnership in the world order after seven decades of diplomatic relations. With new geopolitical realities, the partnership has entered into its eighth decade under a new administration led by US President Joe Biden.

Notably, the Washington-Seoul alliance faced increasing tensions under the Trump administration as the former US President undermined the partnership between the two countries. In the four years of his presidency, Trump consistently bullied South Korea on various security, military, and economic issues by levying tariffs and threatening Seoul for more funds for the deployment of US troops. Trump’s catastrophic trade war with China harmed South Korea’s export and trade relations with its biggest trading partner Beijing.

However, Trump’s restless efforts to bring down Seoul could not hamper the US-South Korea partnership as it enters a new horizon under the Biden administration. South Korean President Moon Jae-in congratulated Biden on his inauguration by saying that America is back and its new beginning will make democracy even greater.

Taking a sigh of relief after Biden’s victory, Moon Jae-in called on the new US President to renew dialogue with North Korea with the broader aim of denuclearising the Korean peninsula.

But, it is going to be a difficult task for Moon to get Biden to agree with him on handling North Korea’s issue, noting the differences in their approaches. While it is necessary for Moon to ensure inter-Korean peace before his five-year term ends next year, it will not be possible without Biden’s support, who has said that he would not meet the North Korean leader without preconditions. The US President also called Kim Jong-un a “thug” and “dictator” during his election campaign last year.

The South Korean President requested Biden to hold talks with North Korea at a time when he is busy with domestic affairs, including the management of COVID-19 pandemic.

At the same time, there are concerns over Pyongyang’s lack of keenness to resume talks with both South Korea and the US. Earlier in January, North Korea showcased its latest nuclear programme by parading its new submarine-launched ballistic missile (SLBM) and other weapons in a bid to pressurize the US and South Korea.

Amid these developments, South Korean Foreign Minister Kang Kyung Wha and new US Secretary of State Antony Blinken have agreed on the urgency of dealing with North Korea’s nuclear arsenal. As per a statement released by the South Korean Foreign Ministry on Wednesday, the two leaders held a phone conversation when they agree on the need for Washington and Seoul to closely discuss the matter to reach a solution.