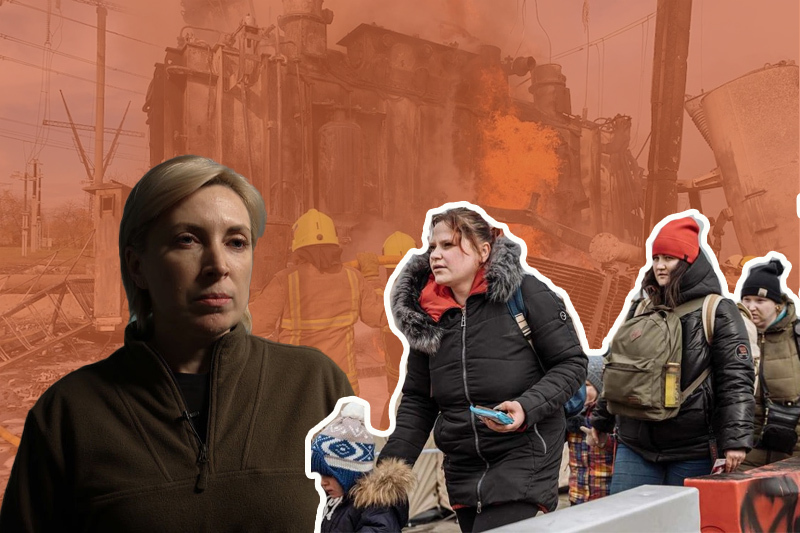 ukrainian refugees urged not to return as energy crisis continues

Ukrainian refugees urged not to return as energy crisis continues

Ukraine’s government has issued advisory to all the citizen refugees living abroad to not return to the country until the spring as fears and concerns continue to mount over whether Ukraine’s damaged energy infrastructure can cope with winter requirements as energy crisis continues to surge. The energy crisis in the country comes as officials in Kyiv warned that the “coming winter may herald the heaviest fighting of the war, around the southern city of Kherson where Russian forces have been digging in”.

About one third of the country’s energy sector has been compromised by recent missile and drone attacks by Russia. Ukraine’s deputy prime minister Iryna Vereshchuk has warned: “The networks will not cope.” She added, “You see what Russia is doing. We need to survive the winter.” Vereshchuk has further added that although she would like all Ukrainians to return to the country in the spring, it was extremely important to not return now because “the situation will only get worse. If it is possible, stay abroad for the time being”.

Currently, there is no indication of any decline in the fighting in Ukraine’s east and south, the areas where it has made significant gains recently in Russian-occupied territories. This has raised more concerns that the coming winter could be challenging.

The prospect of bitter urban fighting for Kherson, the largest city under Russian control, has come closer as Ukraine’s forces have drawn ever closer in their campaign in the south that has seen Russian forces driven back, The Guardian has noted. “With Kherson everything is clear. The Russians are replenishing, strengthening their grouping there,” Oleksiy Arestovych, an adviser to the Ukrainian president Volodymyr Zelensky said in an online video late on Tuesday. “It means that nobody is preparing to withdraw. On the contrary, the heaviest of battles is going to take place for Kherson.”