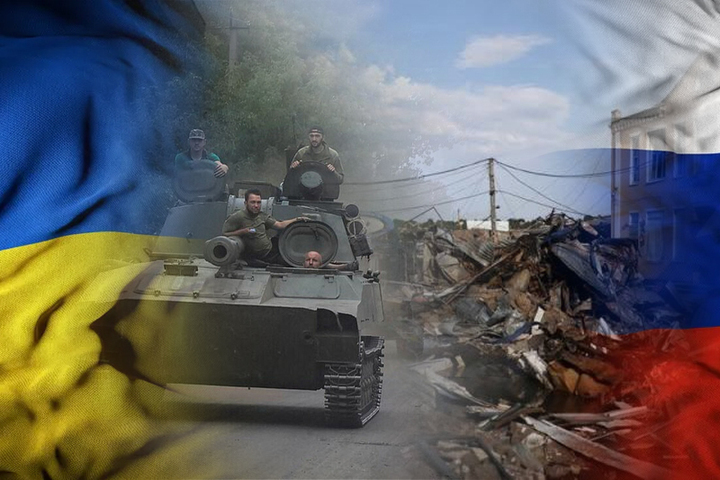 Where is Russia hitting Ukraine now?

Heavy Russian bombardment and efforts to advance on many towns in the eastern province of Donetsk, which has become a primary focus of the almost six-month battle, were reported by Ukrainian forces; nevertheless, they stated that they had withstood the majority of the attacks that were launched against them.

Fears of a catastrophe have been centered on the Zaporizhzhia nuclear station in southern Ukraine in the wake of increasing bombardment in recent days, which both Russia and Ukraine place the blame for on the other country.

Ukrainian President Volodymyr Zelenskiy has warned Russian soldiers that they will become a “special target” of Ukrainian forces if they shoot at Europe’s largest nuclear power station or use it as a base to shoot from. This warning comes in response to a call for the establishment of a demilitarized zone by the Secretary-General of the United Nations, Antonio Guterres.

The Zaporizhzhia facility is located on the Dnipro River and dominates the south bank of a large reservoir on that river. The Russian-held side on the other bank has been engaging in heavy shelling on the Ukrainian forces commanding the towns and cities on the opposite bank.

If the fighting doesn’t stop, the International Atomic Energy Agency, which is trying to assess the plant, will be forced to issue a warning about the potential for a nuclear accident. Nuclear specialists are concerned that fighting could cause damage to the spent fuel pools or reactors at the site.

Zelenskiy stated that Ukraine has made numerous proposals to the leadership of Russia in a variety of venues for peace talks; nevertheless, there had been no progress.

In words captured on film and released late on Sunday evening, he was heard saying, “So we have to protect ourselves, we have to answer every form of horror, every instance of shelling – the tremendous shelling which does not let up for even a single day.”

Fighting in every single direction

Kiev has been saying for weeks that it is planning a counteroffensive to regain Zaporizhzhia and the neighboring Kherson province. This is the greatest portion of the region that Russia seized after its invasion on February 24 and still occupies today.

The military command of Ukraine announced early on Sunday that Russian soldiers had continued to attack Ukrainian positions in Avdiivka, which, since 2014, has become one of the outposts of Ukrainian forces near Donetsk. The attacks were unsuccessful, according to the Ukrainian military command.

According to Oleg Zhdanov, a military specialist from Ukraine, the situation is particularly precarious in Avdiivka and the surrounding towns, such as Pisky.

In a video that was uploaded to the internet, he can be heard saying, “We have insufficient artillery capacity in place and our forces are begging for greater backup to defend Pisky. However, the Ukrainian military has a significant presence in the town.”

The reports from the battlefield were not capable of being independently verified by Reuters.

Russia has referred to its invasion of Ukraine as a “special military operation” with the goal of “denazifying” and disarming its more populous and geographically distant neighbor. The war has brought relations between Moscow and Washington to an all-time low, and Russia has warned that it may terminate ties as a result.

On Monday, North Korean state media reported that Russian President Vladimir Putin had told North Korean leader Kim Jong Un that the two countries would expand their ties in a way that was “comprehensive and constructive.” This comes at a time when Russia has been largely isolated on the global diplomatic stage.

As soon as this news came out, Ukraine cut all of its connections with Pyongyang.

As the conflict continued, more ships carrying grain from Ukraine either left or planned to leave as part of an agreement made in late July to alleviate a worldwide food crisis.

Marianne Ward, the deputy country director of the World Food Programme in Ukraine, was quoted as saying to a group of reporters, “The world needs the food of Ukraine. We hope that this marks the beginning of normal operations for the people who are starving all around the world.”

During the course of the previous year, the humanitarian organization purchased more than 800,000 tons of grain in Ukraine.