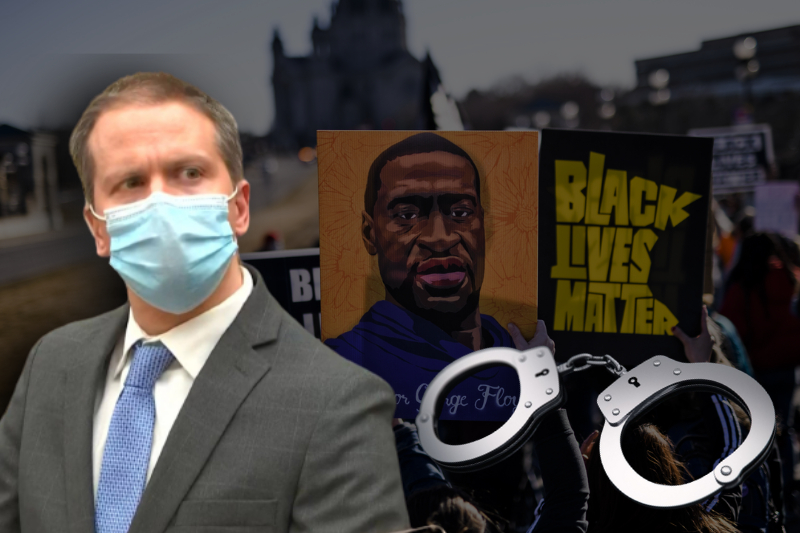 Former Minneapolis police officer, Derek Chauvin has been sentenced for 22 years six months for second degree murder of George Floyd last year. The sentence was given on Friday two months after jury had found him guilty for Floyd’s death on three charges. And with this one chapter of racial discrimination and American policing that had caught global attention has come to closure.

The sentence given by Hennepin county judge Peter Cahill is a 10 year extension of original recommended sentence period suggested by the state for second degree murder charge. Prosecutors were successful in arguing that due to many aggravating factors in the unfolding of Floyd’s murder, Chauvin must face stricter sentence. Judge Cahill remarked before issuing the sentence that his judgement was not driven by any emotion or sympathy, but added, “I want to acknowledge the deep and tremendous pain that all the families are feeling, especially the Floyd family.”

Court has released a 22 page memorandum in which Cahill has explained the reasoning behind harsher sentence to Chauvin. He wrote, “Part of the mission of the Minneapolis police department is to give citizens ‘voice and respect’. Here, Mr Chauvin rather than pursuing the MPD mission, treated Mr Floyd without respect and denied him the dignity owed to all human beings and which he certainly would have extended to a friend or neighbor.”

Prosecutors had sought 30 years of sentence for Chauvin which was reiterated by Floyd’s family members. After the announcement by judge, court witnessed statements by Floyd’s family members, including the video recoding message by his seven year old daughter Gianna. Floyd’s brother Philonise told court, “Every day I have begged for justice to be served, reliving the execution of George, while others begged, they pleaded for officer Chauvin to simply just allow George to take a breath. I haven’t had a real night’s sleep because of the nightmares I constantly have hearing my brother beg and plead for his life over and over again.”

Chauvin, who was wearing a grey suit in court, sat with little visible emotion. Terrence Floyd, another brother of George Floyd, directly addressed Chauvin, “I wanted to know from the man himself, why? What were you thinking? What was going through your head when you had your knee on my brother’s neck. When you knew that he posed no threat any more, he was handcuffed, why you didn’t at least get up, why you stayed there?”

Chauvin spoke briefly to court, “Very briefly though, I want to give my condolences to the Floyd family, there’s going to be some other information in the future that would be of interest, and I hope some things would give you some peace of mind.”

Derek Chauvin, on May 25, 2020 kneeled on George Floyd’s neck as he visibly was in distress and eventually died of asphyxiation, His last repeated words “I can’t breathe” ignited nationwide protests against police brutality on people of color and iconic Black Lives Matter movement across USA urging for police accountability.