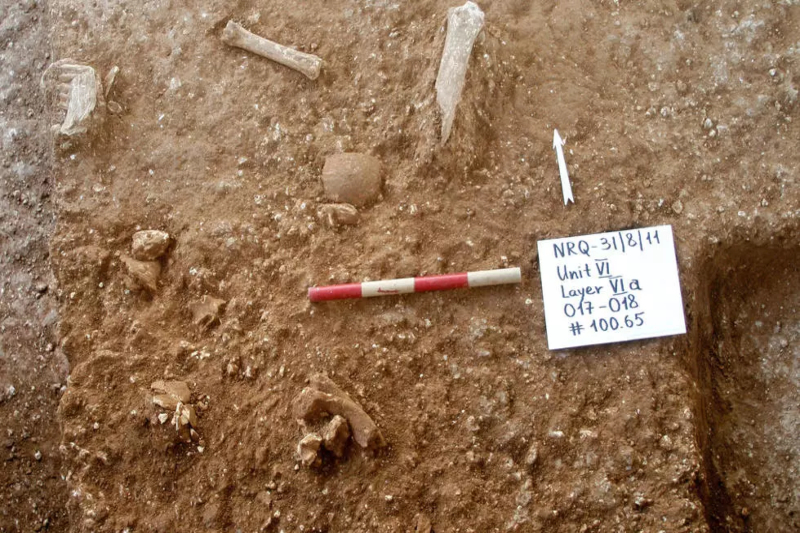 Researchers have unearthed fossilized bones from an ancient sinkhole at Nesher Ramla prehistoric site near Ramla city in central Israel. The recovered fossils hint of belonging to an earlier unknown group of extinct human that lived over 10,000 years ago in Levant. The fossil bones were found alongside stone tools, along with remains of horses, fallow deer and wild ox.

The “major discovery” is said by expert researchers to be a precise combination of features of Neanderthal and early humans, setting them apart from Homo Sapiens that are believed to have lived in the same region at the same time. Though the experts are refraining from calling the fossils of a new species as of now, they do believe it to hold a significant place in evolution of human.

Old school of theories say that the Neanderthals originated in Europe and lived there as the oldest Neanderthal fossils were found there. But recent findings have casted a doubt on this and raised assumptions that there were groups of “mysterious” extinct humans that shaped the evolution of the heavy-browed Neanderthals. Anatomy of fossils found in Israel are more primitive than Neanderthals found in Eurasia and Homo Sapiens in the Levant. This has pushed the researchers to believe that the “Nesher Ramla Homo” may have been an obscure group that led to evolution of Neanderthal.

Dr Yossi Zaidner at the Hebrew University of Jerusalem said, “Together with other studies, this work shatters the simple picture of modern humans coming out of Africa and Neanderthals living in Europe. The picture is much more complex.”

“The idea is what we catch here are the last survivors of a population that contributed to the development of Neanderthals. They were living alongside Homo sapiens.”

Prof Marta Mirazón Lahr, a palaeoanthropologist at the University of Cambridge said, “The hominin fossils from Nesher Ramla now suggest that a different population, with anatomical features more archaic than those of both humans and Neanderthals, lived in this region at broadly the same time. The interpretation of the Nesher Ramla fossils and stone tools will meet with different reactions among paleoanthropologists. Notwithstanding, the age of the Nesher Ramla material, the mismatched morphological and archaeological affinities and the location of the site at the crossroads of Africa and Eurasia make this a major discovery.”