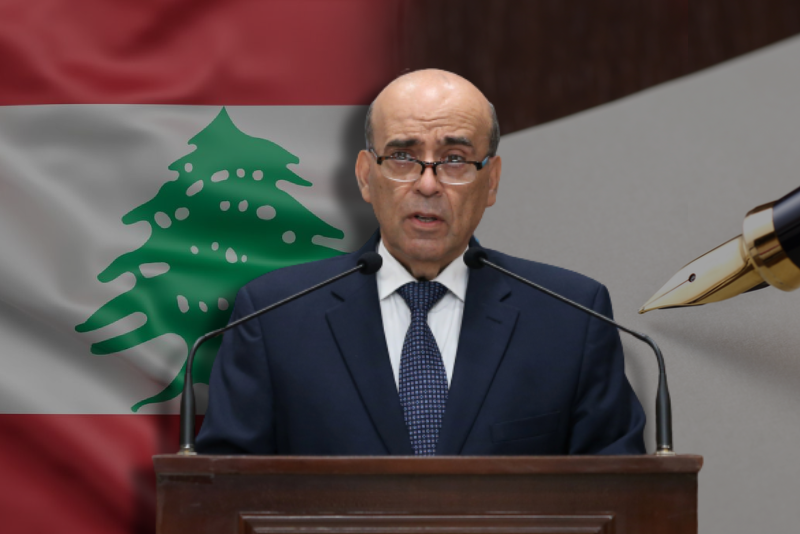 Lebanon’s caretaker foreign minister Charbel Wehbe on Wednesday stepped down from the post over his recent remarks about Saudi Arabia and other Gulf states. As per reports, he asked President Aoun to be relieved of his duties after his remarks led to strained ties between Lebanon and its GCC allies.

“In order for what I said not to be exploited to harm Lebanon and the Lebanese, I met with the president and requested that I be exempted from my duties as foreign minister,” Wehbi said after meeting Aoun.

This development has come hours after the governments of Saudi Arabia, Kuwait, and Bahrain summoned their respective Lebanese ambassadors to protest the derogatory remarks made by foreign minister Wehbe about the Kingdom and other Gulf states.

In a televised interview of Monday, the Lebanese foreign minister called a Saudi guest “Bedouin” and criticised Gulf nations for the rise of ISIS in Syria and Iraq.

“There is a second stage when ISIS (Daesh) came, and the countries of the people of love, friendship, and brotherhood brought them,” Wehbe said, as quoted by Arab News.

In response, the Saudi government summoned the Lebanese ambassador and handed over a memorandum as part of its official protest against the “offence” made by Charbel Wehbe.

A statement from the Saudi foreign ministry in this regard noted that such statements “violate the most basic diplomatic norms” and do not fit in the context of the historic relations between brotherly people across the region.

In addition, Kuwait summoned the Charge d’affaires of Lebanon to hand over the protest note while expressing strong condemnation and denunciation to the “profound offences” made by the foreign minister, a statement by Kuwait foreign ministry stated.

Bahrain foreign ministry issued a statement saying, “these comments contradict the basic diplomatic norms and are not compatible with the brotherly relations between the (Gulf) cooperation council’s countries and the brotherly Lebanese people.”

As per the state news agency WAM, the United Arab Emirates’ foreign ministry also summoned the Lebanese ambassador to the country to hand over an official protest note condemning the comments by Lebanon’s foreign minister.

“The Ministry of Foreign Affairs and International Cooperation has strongly decried the derogatory and racist statements made by caretaker Lebanese Foreign Minister, Charbel Wehbe, against the Kingdom of Saudi Arabia and other GCC (Gulf Cooperation Council) states,” a statement by the ministry said.

Reportedly, Lebanese President Michel Aoun has distanced himself from his foreign minister, maintaining that Wehbe’s remarks express his personal opinion and not of the Lebanese state.

“The presidency considers that the foreign minister’s remarks express his personal opinion, and in no way reflect the position of the Lebanese state and its President General Michel Aoun, who is keen on rejecting any offence against friendly countries in general and Saudi Arabia and Gulf states in particular,” a statement by Aoun’s office noted.

Wehbe’s comments resulted in social media turmoil with backlash from officials from Lebanon and other Gulf states.

Lebanon’s Prime Minister-designate Saad Hariri also denounced the foreign minister’s remarks, saying that it was another round of “recklessness in foreign policy that the president and his allies have adopted, sabotaging the country’s interests with Arab states.”

Meanwhile, the six-nation Gulf Cooperation Council has demanded Wehbe to make a formal apology to all the states in the region.