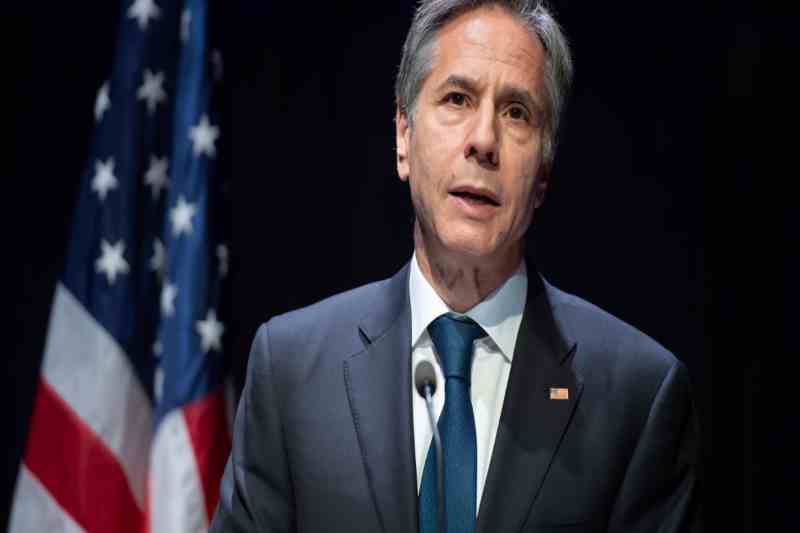 blinken on a middle east mission

U.S. Secretary of State Antony Blinken, on a Middle East mission, reached Israel on Tuesday with a message that Washington would provide all sorts of aid to help rebuild Gaza in a bid to bolster a ceasefire between Israel and the Islamist Hamas rulers.

Blinken will face the same obstacles that have derailed a wider peace process for more than a decade now. These include hawkish Israeli leadership, divisions in the Palestinian leadership, and tensions that are deeply rooted around Jerusalem and its holy sites.

Blinken reiterated the U.S. is committed to helping Israel in pepping up its defenses. It is pertinent to mention that the U.S.-funded “Iron Dome” missile defense system stopped the majority of the Palestinian rockets from getting to the ground.

The top U.S. diplomat said that the Biden administration believed in preventing all sorts of future flare-ups of the decades-old conflict. He said all sides must ensure a better “use of the space created” by the ongoing cease-fire.

“We agree that to prevent further violence, we have to use the space created to solve a larger set of underlying challenges and issues,” he said.

Blinken said there is a lot of hard work needed ahead to restore respect, hope, and some trust across communities.

Blinken, in a press appearance with Israeli PM Benjamin Netanyahu, said the U.S. would go forth with the reopening of its Jerusalem consulate that served as its diplomatic channel with the Palestinians.

Syria holds “sham” Presidential elections that would bring Assad back to regime, dismissed by opposition

He also appeared alongside Palestinian President Mahmoud Abbas, in Ramallah, where he said that the United States would give an additional $75 million in economic and development aid to the Palestinians this year. He assured $5.5 million for Gaza under immediate disaster relief and another $32 million to the U.N. Palestinian aid agency.

A potential U.S. compliance to the Iran nuclear agreement was also discussed at length between the two.