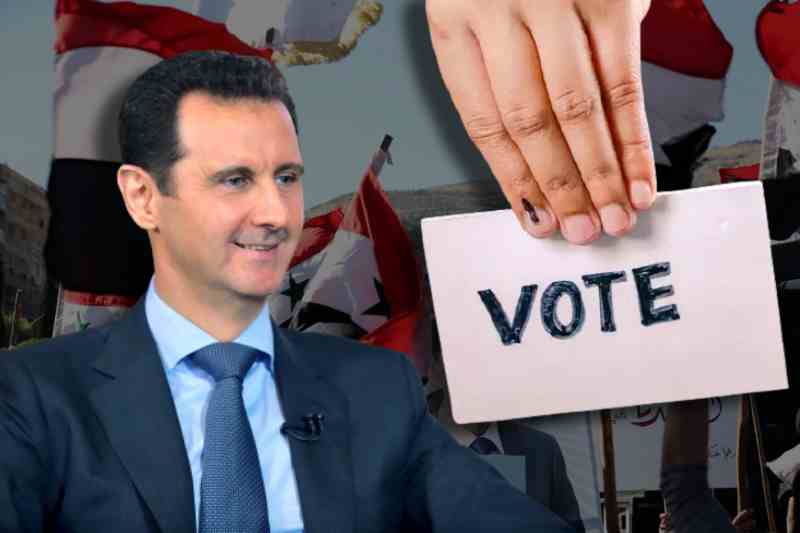 Syria holds “sham” Presidential elections that would bring Assad back to regime, dismissed by opposition

Assad government-held parts of Syria are witnessing presidential elections that are labelled as “sham” by opposition. The elections would bring Bashar Al-Assad fourth consecutive seven year term as the leader of war-struck country. The “little known” opposition has dismissed the elections as “farce”. US and EU has called the elections not a free or fair deal. As Assad caste his ballot, he called West’s opinion mattered ‘zero’ to him.

Assad dynasty has been ruling Syria for over five decades now. Assad Al-Bashar took over presidency in 2000, succeeding his late father Hafez was Syria’s ruler for over four decades. Assad had won his third seven year term in 2014 elections where he had won 88% votes. The election was equally farce with no opposition as country was in middle conflicts and fighting. Assad has a backing of Russia and Iran in the Civil War since then.

Russian air strikes and militia backed by Iran have helped Syrian army gain back the big cities, thus turning the tide of war in Assad’s favor. However, with many regions still in control of Kurds, rebels and jihadists, getting a solution to conflict politically seems far-fetched. Syria’s Assad-led government says that an election showcases the country is functioning normally and aptly. 18 million Syrians internally and abroad are eligible to vote in these elections.

Voting from Damascus, Assad said, “Syria is not what they were trying to market – one city against the other and sect against the other, or civil war. Today, we are proving from Douma that the Syrian people are one.”

Syria is war-torn since pro-democracy protests that erupted in March 2011 quickly changed to violence and emergence of rebel groups and jihadists, what we call as Syrian Civil War. A decade since but peace hasn’t been restored in Syria where the government is accused to taking extreme measures to suppress dissent, including use of chemicals on civilians leading to death of hundreds of thousands.

In these elections, Assad’s challengers include Abdullah Salloum Abdullah, a former minister of state from the Socialist Union Party. It is part of a coalition led by Assad’s ruling Baath party.