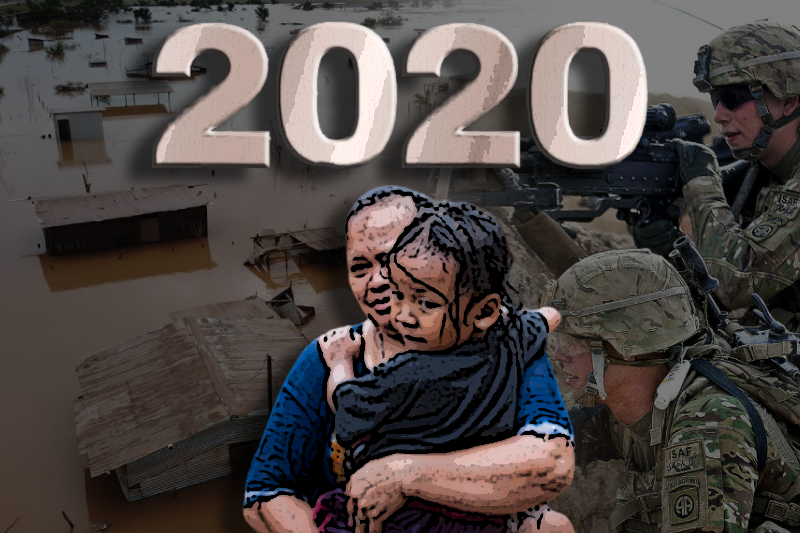 Apart from international refugees and asylum seekers that move in bulk, the other group of migrants and refugees are the ones who move internally, or are rather displaced internally due to variety of reasons. Unfortunately, year 2020 witnessed internally displacements due to climatic disasters like storms and floods three times more than that due wars and regional conflicts. With this, the global number of people displaced internally hit the record mark.

According to the Norwegian Refugee Council’s Internal Displacement Monitoring Centre (IDMC), by the end of last year there were at least 55 million internally displaced people (IDPs). IDMC further underlined that number of internally displaced people were twice the number of those that were forced to leave their country to seek refuge in other nations. Though the number of IDPs is highest yet, it has been in sync with the gradual rise over past decade. 2019 had recorded 5 million less people than in 2020.

IDMC’s released report said, “Every year, millions of people are forced to flee their homes because of conflict and violence. Disasters and the effects of climate change regularly trigger new and secondary displacement, undermining people’s security and wellbeing. The scale of displacement worldwide is increasing, and most of it is happening within countries’ borders.”

In 2020, there were 40 million new displacements, that is these people had never been displaced before. Out of this 30 million were a result of storms, floods and wildfires. East Asia and Pacific region recorded 30.3% of these new displacements in 2020. The second worst affected region with 27.4% new displacements was Sub-Saharan Africa region.

Alexandra Bilak, IDMC’s director, said, “It is particularly concerning that these high figures were recorded against the backdrop of the Covid-19 pandemic, when movement restrictions obstructed data collection and fewer people sought out emergency shelters for fear of infection. Today’s displacement crises arise from many interconnected factors, including climate and environmental change, protracted conflicts and political instability. In a world made more fragile by the Covid-19 pandemic, sustained political will and investment in locally owned solutions will be more important than ever.”