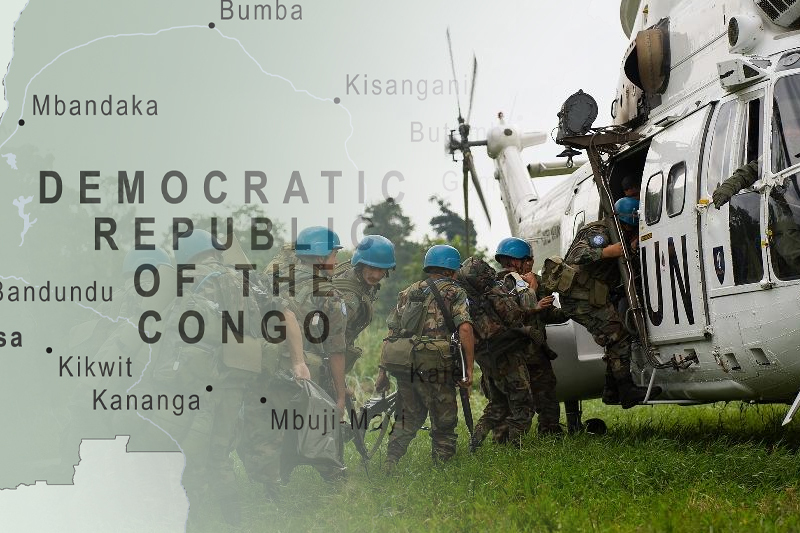 The UN Secretary General Antonio Guterres has raised deep concerns over the surge in fighting between the Government troops in the Democratic Republic of the Congo (DRC) and M23 rebels in the east of country. The conflict has already claimed lives of multiple civilians in the past ten days, causing “massive displacement” and rendering injuries to four peacekeepers from the UN Stabilization Mission (MONUSCO).

The latest advancements from the M23 militia, that was formed in 2012 to defend the interests of Congolese Tutsis against Hutu armed groups, have led to the rebels seize two towns, have accused the Government of failing to honour a demobilization agreement.

The M23 and other armed groups must immediately cease hostilities and disarm unconditionally, says @antonioguterres as he expresses concern for renewed fighting in DRC. He calls for the respect of the sovereignty and territorial integrity of the country. https://t.co/LkTmlK6mmg.

“MONUSCO recalls that attacks targeting United Nations peacekeepers may constitute war crimes and that it will spare no effort to prosecute those responsible before national and/or international courts”, said a statement released by the Mission. “The Mission strongly condemns the hostile actions of the M23 and their serious consequences on the civilian populations. It calls on this rebel group to immediately cease all belligerence and warns that it stands ready to retaliate vigorously in the event of new aggression on its bases.”

A statement was released on Sunday by the UN Spokesperson on behalf of UN chief Antonio Guterres, noting that the UN chief had spoken with the President of Angola, João Lourenço, DRC President, Félix Tshisekedi, the President of Rwanda, Paul Kagame, the President of Kenya, William Ruto, and the President of Senegal, Macky Sall, as Chairperson of the African Union. “The Secretary General called for immediate de-escalation and reiterated the full support of the United Nations for the ongoing mediation”, the statement continued. “The Secretary General urges the M23 and other armed groups to immediately cease hostilities and to disarm unconditionally. He calls for the respect of the sovereignty and territorial integrity of the Democratic Republic of the Congo.”