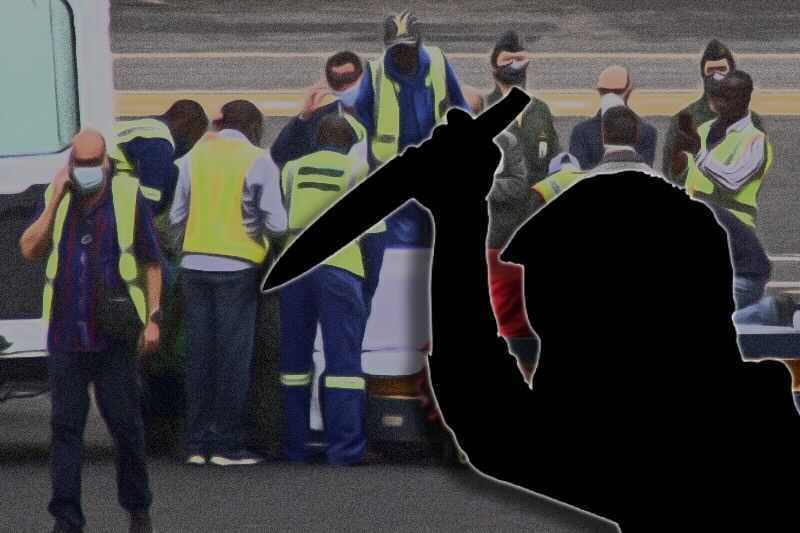 The Italian Carabinieri is joining hands with the united nations to investigate the mysterious death of the Italian ambassador, his driver and his bodyguard. The Italian Ambassador to Congo was shot dead along with his Italian bodyguard recently, while his two-car convoy was on its way to one of the World Food Programme centres.

Luca Attanasio and Carabinieri officer Vittorio Iacovacci were accompanied by a Congolese driver Moustapha Milambo who was also shot dead instantly. The car was ambushed on a deserted road which is usually given security clearance by WFP officials in Congo, before a convoy moves on the roads. There is now an investigation into understanding the slip in protocol that has led to the assassination of a key Italian official.

The UN spokesman Stephane Dujarric has already communicated that the United Nations has already underway to undertake a detailed investigation into the matter, as the bodies of the Italian official and his bodyguard received special respects back home from the Pope itself.

For the last two or more decades, East Congo is a hotbed of rebel groups that have disturbed the peace and stability of this region that is the size of Western Europe. The sustained effort of UN led programmes like the World Food Programme is what has helped keep the innocent civilians alive. There could be many or one group to be blamed for the attack. But no one has come forward to claim responsibility of the attacks.

The Congo government is blaming the Rwandan rebels who have denied the attack. According to Cure Ngoma, the spokesperson for the rebel group, We are not to be implicated in this heinous crime. The ambassador’s convoy was attacked in an area known as the ‘three antennas’, along the border with Rwanda, not far from positions of the Congolese army, the Fardc, and Rwandan military, the Forces de Defense Rwandaises.

The spokesperson continued, reiterating a version also circulated in a note: ‘Those responsible for this despicable murder are to be sought in the ranks of these two armies and their supporters, who have formed an alliance against nature to continue plundering the east of the Democratic Republic of Congo’.

Surprisingly, the provincial authorities of North Kivu, the area from which the convoy was to pass, had no idea about the ambassador’s presence and therefore did not provide him with adequate security measures, according to the Congo Interior Ministry.

Eastern Congo remains one of the most insecure parts of the expansive country. More than 2,000 civilians were killed last year in eastern Congo provinces by armed rebel groups, according to U.N. reports last week.

The U.N. peacekeeping mission has been working toward reducing its more than 17,000-troop presence in the country and handing over its security work to Congolese authorities.

However, it is for the first time that an attack has been carried off on a senior official of a humanitarian organization.

How the Real Estate investment flows fully enter the arsenal of geopolitical dynamics
Germany: insects won the war against pesticides; glyphosate will be completely banned by 2023
Subscribe
0 Comments
Inline Feedbacks
View all comments