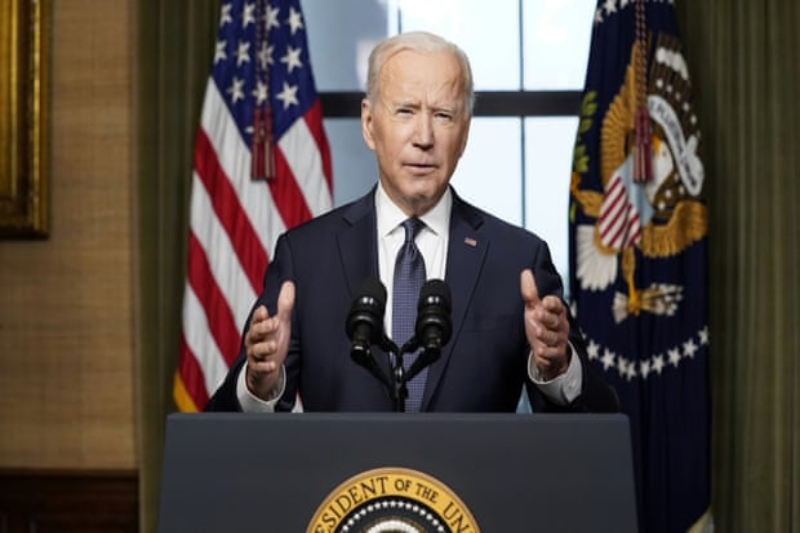 On Thursday, President Joe Biden announced that United States would be withdrawing all of its troops from Afghanistan by August 31. Pledging that he would not send another American generation to Afghanistan, Biden said, “Our military mission in Afghanistan will conclude on August 31.” The earlier deadline of troops withdrawal was set as September 11, but Pentagon has confirmed that more than 90% of withdrawal operation has already been completed.

Speaking after the announcement, Biden fiercely defended his decision of ending 20 years of American war in Afghanistan stressing that the country can no longer afford any more loss of human life and the mission that has slid off the initial course clearly. President Biden said in White House’s East Room in his remarks, “Let me ask those who want us to stay: How many more? How many thousands more American daughters and sons are you willing to risk? And how long would you have them stay?”

When I announced our drawdown in April, I said we would be out of Afghanistan by September. Our military mission in Afghanistan will in fact conclude on August 31st. And the drawdown is proceeding in a secure and orderly way, prioritizing the safety of our troops as they depart. pic.twitter.com/7U8Fb47gsd

Before President Biden made the announcement on Thursday afternoon, White House press secretary Jen Psaki said, “We’re not going to have a ‘mission accomplished’ moment in this regard. It’s a 20-year war that has not been won militarily.”

President Biden said senior defense officials are in agreement that moving as swiftly as possible in the operation was the most effective way to protect US troops and ensure their safe return. He added that in the withdrawal no American service member had been lost. Last week US troops left their main airbase in Bagram, north of Kabul, in middle of night even without informing the Afghan military who had to overtake the critical airbase.

Retired Maj Gen James “Spider” Marks says that he does not see any future of Afghanistan other than a civil war specially as Taliban are surging their control in vital regions of the country.

Biden noted that during the 20 year long war in Afghanistan, 2,448 American lives had been lost with another 20,722 wounded. He reiterated that any troop staying back in Afghanistan would mean more US casualties. “I will not send another generation of Americans to war in Afghanistan with no reasonable expectation of achieving a different outcome,” the president said. “We did not go to Afghanistan to nation-build,” he added. “And it’s the right and the responsibility of the Afghan people alone to decide their future and how they want to run their country.”

President assured that US would continue to provide any humanitarian and civilian assistance in Afghanistan along with defending rights to children and women in the country.