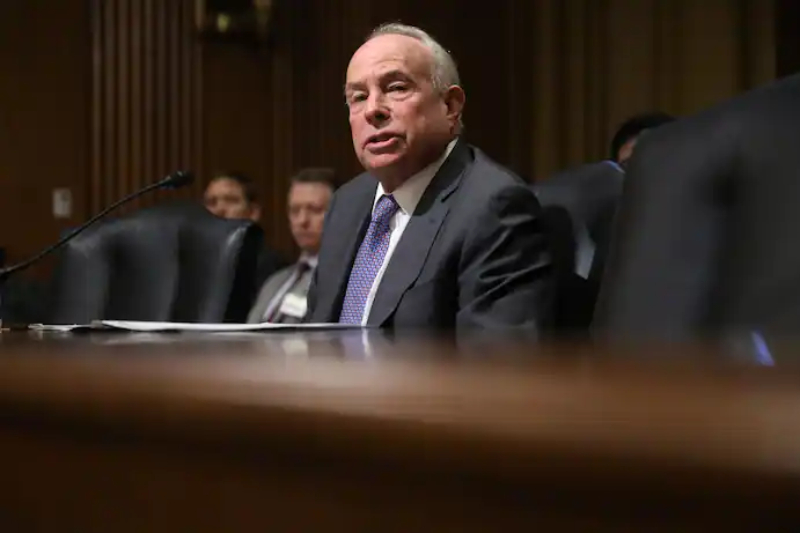 US President Joe Biden has fired the Social Security Commissioner Andrew Saul. An unlikely move by the compassionate but ironfisted leader, this came about as Mr. Saul refused to put in his papers.

He was a carry forward from previous President Donald Trump’s cabinet. Apparently, he was not liked very much amongst the Democrats, unions or social welfare advocates.

Under Biden’s leadership, the social security measures are been a prime point of discussion. Mr. Saul, in his tenure seemed to have got away with ‘politicalizing’ the Social security disability benefits. He also seemed to have ‘hurt relationships with federal employee unions and ran “contrary to the mission of the agency and the President’s policy agenda.”

Strangely, Saul would have enjoyed his powerful position till 2025. But under Supreme Court rulings, the White House could argue that the president could use discretion in removing someone from office, if the need arose.

Instantly, Saul’s six-year term leading the Social Security Administration was brought to an end, when he refused to resign and he was then sent a notice informing him that he had been relieved of his services. Not having come in terms of the abrupt sacking, he has given a public statement saying he intends log in from his New York office from Monday.

Meanwhile, SSA Deputy Commissioner David Black had agreed to resign has was promptly replaced by Biden appointed Kilolo Kijakazi, deputy commissioner for Retirement and Disability Policy at SSA, as acting commissioner until the search for a permanent commissioner and deputy commissioner is completed. Strangely, in 2018, Saul won through a huge margin voting of 77-16 votes. He is a wealthy businessman and also a Republican fundraiser, maybe one solid reason by Trump pushed for a six-term representation through Saul. One huge hiccup in his appointment remained his lack of sound judgement and leadership skills to carry out conversations to conclusions.

Keeping his trend of appointing American leadership fairly, Ms. Kijakazi will be another African American entry into the Biden administration. Her past experience shows great promise. She is known to have served at the Urban Institute until January 2021 as an Institute fellow.  She is on the board of the Winthrop Rockefeller Foundation and the National Academy of Social Insurance. Also, she is an advisor of the Closing the Women’s Wealth Gap Initiative.