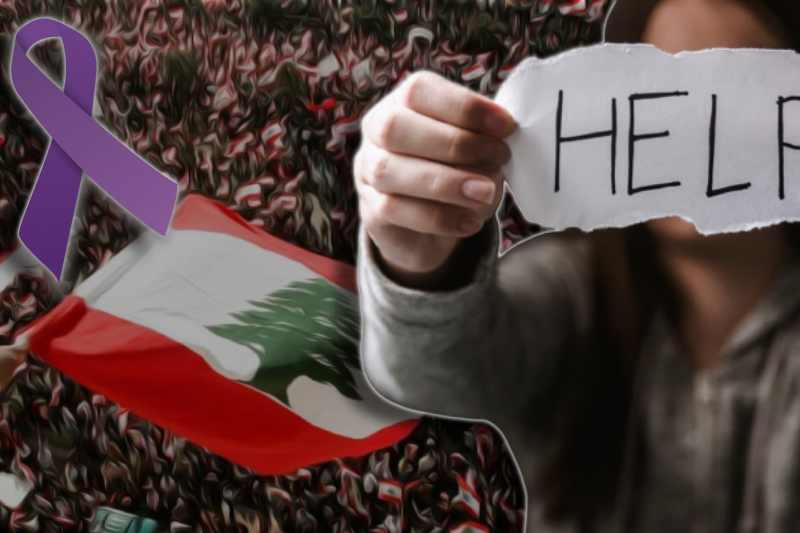 The rate of crime against women is at an all-time high in Lebanon. Cases of domestic violence have increased manifold since the pandemic situation, official statistics have confirmed.

According to women’s rights groups’, the main reason has been the economic breakdown and unemployment pressures. On top of it, the massive explosion in August in Beirut acted as the last nail in the coffin.

Lebanon being a patriarchal system has seen women subjugated for decades. However, amidst lockdown situations, women have been confined to homes, making it difficult for them to find respite from a mostly abusive home atmosphere. Someone from within the family itself- father, brother, or husband, verbally and physically abuses most.

The saddest part is an underlying mentality that the violence is a result of something women do wrong to provoke the opposite sex. It is justified as their foolish acts of provocation.

As per data shared with the Thomson Reuters Foundation, the Internal Security Forces (ISF) has confirmed that domestic violence reports in Lebanese homes doubled in 2020, with 1,468 cases received in the past 12 months, up from 747 during the previous year. The trend has exasperated since September 2019.

Cases of murders have also increased, as have instances of calls to helplines that stand tripled. The United Nations indeed has named this as a ‘shadow pandemic’ that is haunting and tormenting the lives of women with the larger enemy at bay- the Corona virus pandemic itself.

In many cases, there is frustration and mental disturbance at hand. In others, the police itself is shying away from handling martial violence and asks the women to resolve it on their own. In other cases, armed groups and militia have been hired to deal with women in the family.

Human Rights activists groups admit that, The disturbing unreadiness of security and judicial bodies and lack of trust in the Lebanese state are all factors that encourage murderers to commit their crimes. However, “when prosecutions last for years and the sentences are reduced, aggressors dare to beat their wives and their children as well.”

The geopolitics between the US and China in the Pacific region also concerns the EU
Pollution Analysis: Fossil fuels use led to an unprecedented number of deaths in 2018
Subscribe
0 Comments
Inline Feedbacks
View all comments