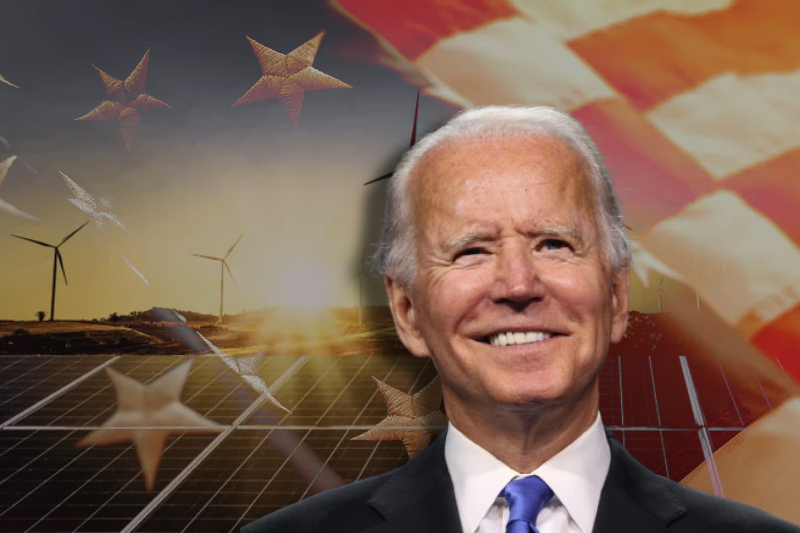 Climate crisis is a rising and potentially threatening concerns for countries across the globe. Leading economies have been pressured by global organizations to head start fight against climate crisis. United States of America under leadership of President Joe Biden is at the forefront of this fight as Biden’s top campaign promise was to bring America towards zero emission and tackle pollution and climate crisis. Biden administration has forwarded a new plan under which there would be rapid uptake of renewable energy across the country. This would rapidly cut down emissions that render increased heating of planet and thus save thousands of lives from air pollution.

White House is under pressure to chalk out a plan that would deliver impactful blow to the rising climate crisis. Out of many policy options available, a standard around clean energy would be most beneficial to the US and Biden administration in relation to the cost and lives saved. A new report underlines that requirements of a clean energy standard would require facilities to notch up their use of clean energy (like wind and solar) amount through an arrangement of penalties and incentives. The proposal was initially planned to be included in administration’s infrastructure bill but was later dropped after compromise with Republicans.

What does the report suggest?

The new report has been conducted by group of researchers from Harvard University, Georgia Institute of Technology and Syracuse University. According to the new report this plan of incentives and penalties would be the most effective arrangement and can help White House reach its goal of 80% renewable energy use by 2030.

This standard would effectively save at least 317,500 lives in the US in next 30 years. This is attributed to the sharp fall in use of coal, oil and gas. The report states the number of lives that would be saved would be “immediate, widespread and substantial”.

Furthermore, as a result of clean air a total of $1.13tn would be saved in health care by 20150. Report further noted that every US state would benefit from better air quality. But states that would experience maximum benefits would be Pennsylvania, Illinois, Texas and Ohio. These states are the ones who have substantial fossil fuel infrastructure currently.

Switching over to renewable energy would cost up to $342bn till 2050. The fossil fuel costs would eventually fall as renewables are much cheaper. The study found that addressing climate crisis would actually sum up to financial benefits.

Kathy Fallon Lambert, a study co-author and an expert at the Harvard TH Chan School of Public Health said, “The cost are much lower than we expected and the deaths avoided are much higher; there really is a huge opportunity here to address climate change and air quality.”