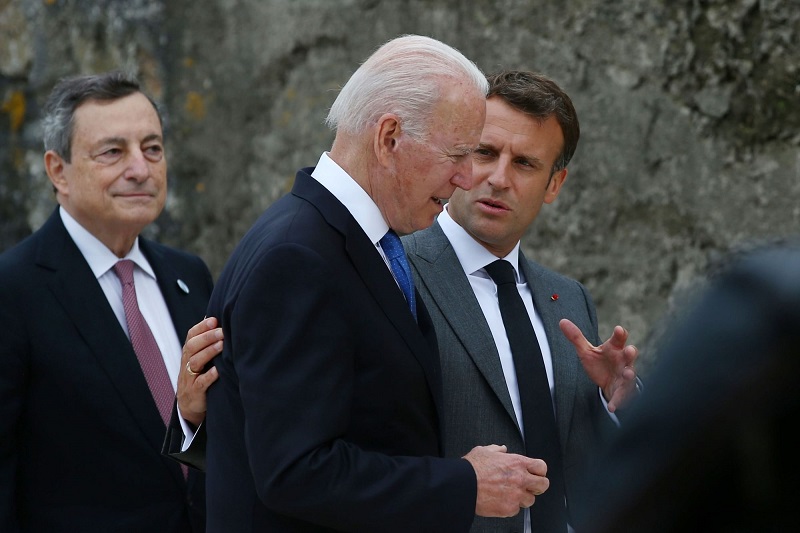 – Paris. French Foreign Minister Jean-Yves Le Drian, while speaking to the US Secretary of State Antony Blinken on Thursday, said it would take “actions and time” to restore confidence in soured relations – with reference to a triggered crisis by Australia’s abrupt cancellation of a submarine contract with Paris.

The meeting of Le Drian and Blinken came after the US President, Joe Biden, and French President Emmanuel Macron spoke on a telephone call on Wednesday.

Both the counterparts agreed to launch in-depth consultations to adhere to the trust deficit between the two NATO allies. Meanwhile, both – Biden and Blinken – decided to meet in Europe at the end of October.

The US and French presidents moved to mend ties, with France partially agreeing to send its ambassador back to Washington. On the other hand, the White House acknowledged that it erred in brokering a deal for Australia to buy the US instead of French submarines without consulting Paris.

France was agonized by Australia’s decision to opt instead for a deal with the US and Britain to purchase nuclear-powered submarines. As a result, it recalled its ambassadors to Canberra and Washington for consultations.

Australia dumped a $40 billion contract for conventional French submarines to opt for nuclear-powered submarines manufactured with US and British technology instead.

Meeting at the United Nations in New York, Le Drian and Blinken discussed “the main issues and terms” to be addressed during these consultations – said a French foreign ministry statement.

Biden and Macron spoke by telephone for 30 minutes.

Blinken and his counterpart from Paris, Jean-Yves Le Drian, interacted for the first time since the submarine crisis, had a ‘great exchange’ on the verge of a more comprehensive meeting at the United Nations on Wednesday.