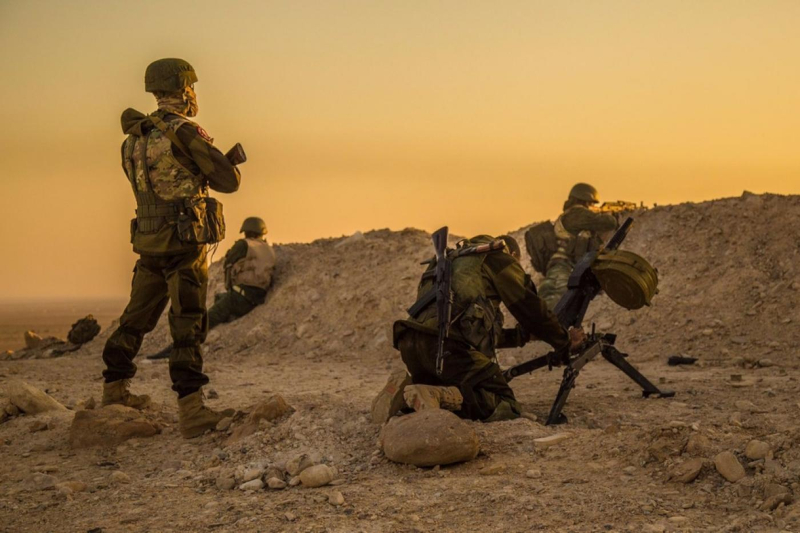 In a shocking revelation by one of the premium British news agencies, it has been discovered that Russian mercenaries have been hiding and using Libya to meet their personal agenda. Despite the fact that Russia isn’t at war in Libya, the place is swimming with Russian mercenaries who have stationed themselves in dilapidated buildings are created them as their hideouts, local sources have confirmed.

The same sources claim that they have been assisting General Haftar who has been vying to outrun the UN recognized government and claim control over the country. The Russian mercenaries are guilty of having committed war crimes. Known as the Wagner Group, they have killed thousands only for the sake of monetary gains. Many fighting on the legitimate side of the government in Libya have lost their lives.

There are far more Wagner troops in Libya than Libyan forces themselves. A tablet found in one of the deserted hideouts of the organization revealed the kind of close watch that these Russian mercenaries were keeping on the Libyan force.

Two individuals in anonymity spoke to the media about the recruitment process of the Wagner Group. Those recruited either have lost hope for a better life or those who don’t have future plan and will do anything for survival and monetary gains. The third category are of those who believe themselves to be patriots and get an adrenaline jolt by being in war. Civilians are executed or captured. Those alive are used by mercenaries to do odd jobs. The scene is as much as it used to be at the time of Hitler and his favored concentration camps. Reports have called this ‘modern day slavery of the free world’. Most of the victims are those who support anti-Haftar fighters or belong to their families.

The Wagner fighters have been recruited and worked in Syria and other civilian wars where Russia has wanted to gain a geopolitical edge. President Vladimir Putin has denied Russian mercenaries are supporting Libyan war crime. But according to Recap Tayip Erdogan, the Turkish President, there are infact 2000 odd Russian mercenaries functioning in Libya at the behest of the Kremlin. A week after a joined press conference between Russia, Germany and Turkey, Mr. Putin had already ordered necessary weaponry to support the mercenaries.

When investigated, a top secret document that came into contact with the media agency, it was discovered that the weaponry includes high level of equipment that gather intelligence at long ranges too. In comparison, formal statements by the Russian Foreign Ministry have denied any connection to Kremlin of the mercenaries terming it as ‘rigged data’.

The United Nations has repeatedly stressed upon the ceasefire that was brought about in October 2020. But western players like Russia do not respect these international laws and continue to penetrate the lives of Libyans to suit their selfish trade interests. Mercenaries like the Wagner Organisation were supposed to exit from Libya post the ceasefire in a span of three months. Obviously, they have no intentions of respecting the deadline and continue to function in Libya till date.