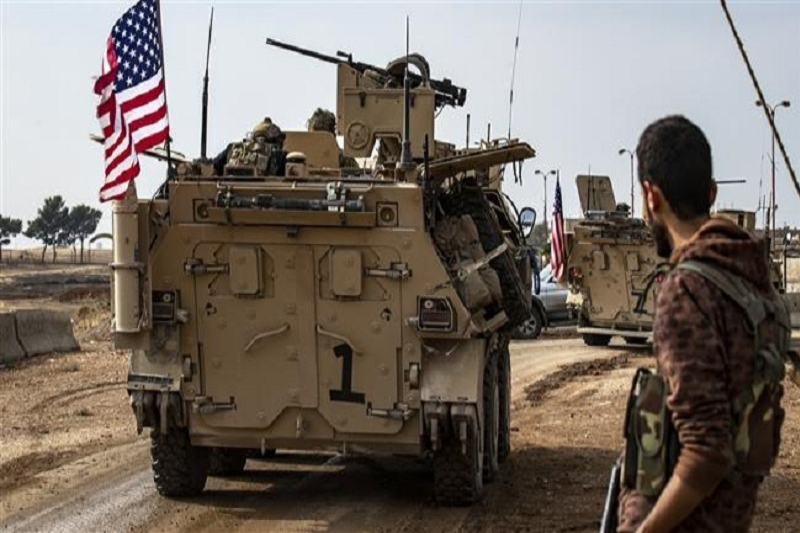 Is America Smuggling Crude From Syria Into Iraq?

A surprising revelation states that the US is actually ‘systematically’ smuggling basic commodities out of Syria. A report has confirmed that recently, a convoy of three dozen tankers were carried out of Syria with thousands of liters of Syrian crude oil. The convoy was travelling from Hasakah to the semi-autonomous Kurdistan region in northern Iraq.

The report has been formed after information from local sources that confirmed in state of anonymity that as many as 30 tankers laden with stolen Syrian oil had entered the Iraqi territories. They crossed through the al-Waleed border.

A contingent of armored and covered trucks escorted the convoy after it arrived at the crossing. This incident precedes a particular instance where a convoy of 80 vehicles had crossed the illegitimate Al-Waleed crossing in Iraq. The convoy comprised tanker and trucks carrying stolen oil from Syria.

Even last week, almost two dozen tanker trucks were seen moving into Iraq. They had also apparently looted oil from the al-Jazira region in Syria’s Hasakah province had left the war-ravaged country and entered neighboring Iraq.

This comes when the US continues to hold its bases in northeastern Syria. The pretext is the protection of the oil reserves and prevention of their loot at the hands of Daesh terrorists. At the time of President Trump, indications were clear- US was interested in claiming control over oil reserves.

In response to a no claim deal after pressure on Syria, the US has been sanctioning Syria heavily, trying to dry up its revenue sources to the government.

Result of the sanctions has been low foreign investments and trade with Damascus. According to Russian Foreign Minister Sergei Lavrov who spoke in last April, the United States makes use of the Daesh terrorist group to impede a political solution to the decade-long crisis in Syria and supports separatist militants in a flagrant violation of international resolutions. Lavrov said the US has occupied lands in Syria and continues to plunder its natural wealth, including oil, gas, and wheat, and escalates tensions to destabilize the war-torn Arab country.