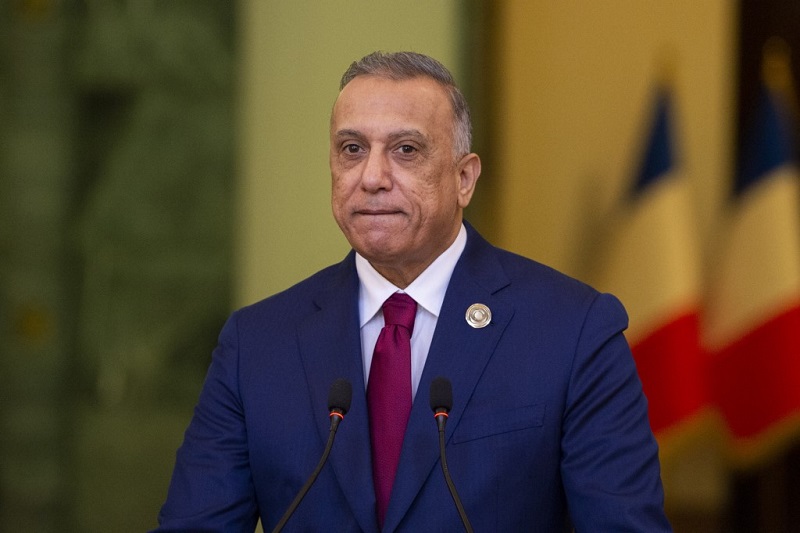 Iraqi officers arrested for assasination attempt on the Prime Minister

Iraq -Allegations about neglecting the security of the Prime Minister Mustafa Al Kadhimi have been doing rounds ever since the first assassination attempt was made in Iraq. Eight of the Iraqi officers have been arrested for negligence.

The prime minister was unsuccessfully attacked on November 7 this year and despite various names popping up, no one has claimed the attack. It is usually with the cover of such incidents that terror groups claim their power and popularise themselves but due to it being a failed attempt, none of them own up to it.

On the day of the attack, drones packed with dangerous explosive materials were taken to his residence and one of them attacked his home in the capital city of Baghdad. The other attack was on the roof of his family house.

The event is a huge deal for any country as targeting the top leader of the country raises serious questions on the security of the nation. But despite evaluating the response, the security officials were not able to find out the reason behind the attack, further raising negligence of the attack.

Soon after the attack, National Security Adviser Qassem Al Araji asserted that the forensic team and the disposal team quickly reached the spot to gather evidence but strangely, the team was not able to gather any fingerports from the device taht was used for the bombing.

Even after giving a fair amount of time to the team, they were unable to move the investigation forwards and that led the other committee investigating the attack to arrest eight officers including two generals for negligence in the matter. The officers were instructed on how to act around the prime minister during security-related matters but at the time of the incident, they were not performing their duties and hence, as per the investigating officer, they were arrested. However, Al Araji also said that they “do not want to accuse anyone or any faction”.