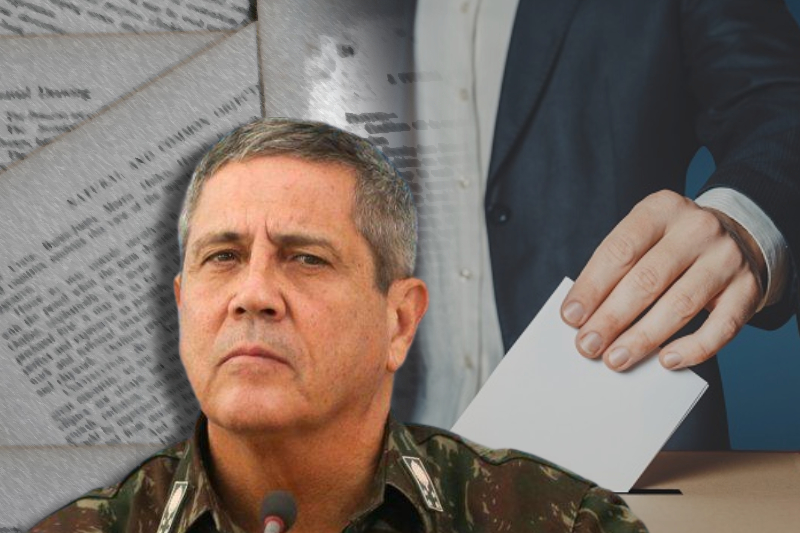 The Brazilian government is weighing on suing national daily Estado de S. Paulo over its July 22 article that claimed Defense Minister Walter Souza Braga Netto threatened to hold the 2022 election. The statement was made by defense minister Braga Netto during an address to Brazilian lawmakers in Brasilia on Tuesday.

According to a Reuters report, Estado de S. Paulo article stated that Braga Netto told head of the country’s lower house that the vote will take place through printed ballot or else the presidential election would not take place. While the Defense Minister and House Speaker Arthur Lira denied the report, Estado de S. Paulo has defended its reporting.

After the newspaper report, Brazilian political leaders are scrambling efforts to ensure the public that the 2022 presidential election will take place. The Estado de S. Paulo story cited anonymous sources.

This development has come at a time when Brazil’s far-right President Jair Bolsonaro has been pushing his claim that the country’s electronic voting system is highly prone to fraud.

Last week, Bolsonaro suffered a massive defeat in Congress after Brazilian lawmakers rejected proposal to use printed receipted at some electronic ballot boxes. Along with electoral authorities, a number of Bolsonaro’s political allies also rejected the proposal, maintaining that the voting system is fully reliable.

The Brazilian president, likely to seek second term in 2022, has been ensuring all possible efforts to amplify his claims against the voting system across various forms of media. As a result, thousands of his supporters carried out demonstrations across various cities over the weekend to raise demand for a change in the system.

“We cannot have dubious elections in 2022. Public counting of votes is needed,” president Bolsonaro said in a recent radio interview.

Earlier this month, the Supreme Electoral Court (TSE) of Brazil launched an investigation against the President’s claims of fraud in the voting system ahead of 2022 elections. TSE judges have backed the existing voting system, noting that Brazil has eliminated a history of election fraud and never reported any fraud case.

Bolsonaro has also stated that he might not accept the result of next year’s elections if polls would be conducted using electronic voting. He has demanded to use printed receipts at the same time in order to count the votes in case of any disputes in the election result.