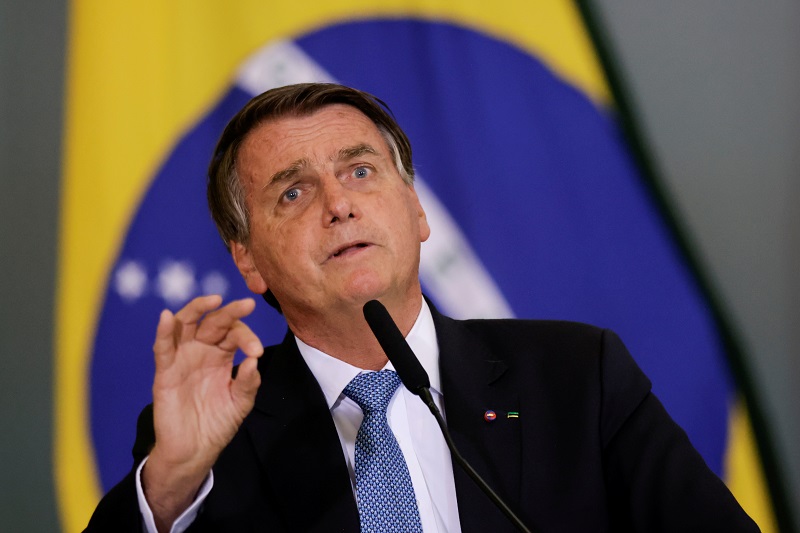 file photo: brazil's president jair bolsonaro attends the ceremony for the modernization of occupational health and safety regulations, in brasilia

Brazil -Brazilian senators probing the country’s COVID-19 outbreak management have removed a recommendation from their report that President Bolsonaro should be charged with homicide and genocide.

Instead, the senators are now alleging him of “crimes against humanity.”

Those leading the congressional probe convened a meeting late on Tuesday to ponder over the report prepared by an opposition Senator, Renan Calheiros. They agreed to remove the genocide and homicide accusations due to technical reasons.

“The decisions were not political, but technical,” opposition Senator Humberto Costa said. “We can’t go into the risk of the report being rubbished by a judge because the definition of the crimes was not accurate.”

It merits mentioning that the draft report needs to earn the Senate committee’s nod and could be altered and vetoed.

It is also pertinent to mention that the senators’ decision, in practice, changes very little for Bolsonaro, who has denied the probe, terming it as politically motivated.

The 66-year-old leader rejected the accusations on Wednesday, saying that he was “guilty of nothing”.

In Brazil, more than 600,000 people have died from COVID-19 – which is the second-highest death toll after the US.

The decision to go forth with the charges depends mainly on Brazil’s prosecutor-general, who is a Bolsonaro appointee and ally.

The President has downplayed the threat of COVID-19 consistently and touted unproven treatments and misinformation while not adhering to international health guidelines on public activity and mask use.

The 11-member Senate panel probed whether his actions were the cause of many of Brazil’s COVID-19 deaths.

So far, it is improbable that Bolsonaro, the far-right politician, will be tried on any such charges.

However, findings of the congressional probe underline the surging political isolation of Bolsonaro – just a year prior to the next presidential election.

The 1,200-page report was made public on Tuesday.