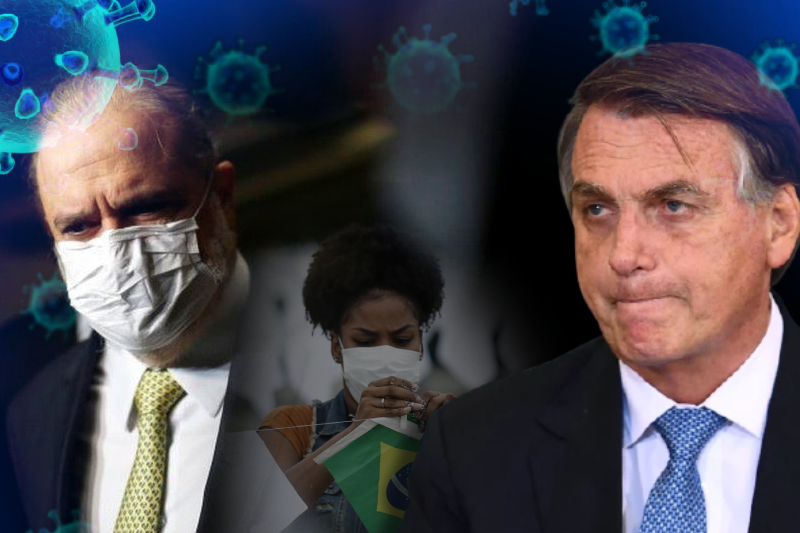 Brazil -A Brazilian Senate investigative committee has backed the report that calls for President Bolsonaro to be indicted for crimes related to his management of the coronavirus pandemic.

The report also alleges Bolsonaro of crimes against humanity.

The 1,200-page document comes after six months of investigation into Bolsonaro’s handling of the COVID-19 pandemic.

It merits mentioning that Brazil has the second-highest COVID-19 death toll in the world – with more than 600,000 people dying as a result of the pandemic.

According to media reports, the committee voted 7-to-4 in favor of the investigative report against the Brazilian President, accusing him of inciting crime and misusing public funds.

A draft report was released last week called for Bolsonaro to be indicted for murder and genocide, but senators decided to drop those particular charges due to technical reasons. They also decided to include 10 people to the list of individuals who must be indicted.

The report has been handed over to the chief prosecutor, a Bolsonaro appointee.

Bolsonaro has maintained that he is “guilty of absolutely nothing”. However, the crisis has dented his popularity.

The report says that Bolsonaro’s government went forth with the policy of allowing coronavirus to rip through the Brazilian population in the hope of attaining herd immunity.

“President Jair Bolsonaro is the main person responsible for the mistakes done by the federal government during the pandemic,” says the report.

Centrist Senator Renan Calheiros, the report’s lead author, called for the panel’s recommendation to indict Bolsonaro with crimes against humanity to be laid forth to the International Criminal Court (ICC).

It is pertinent to state that Brazil is a party to the Rome Statute, so the international court can take up the case.

The 1,300-page report – highlighting corruption and scandals inside the government – also recommends charges against two corporations and three of the president’s adult sons.