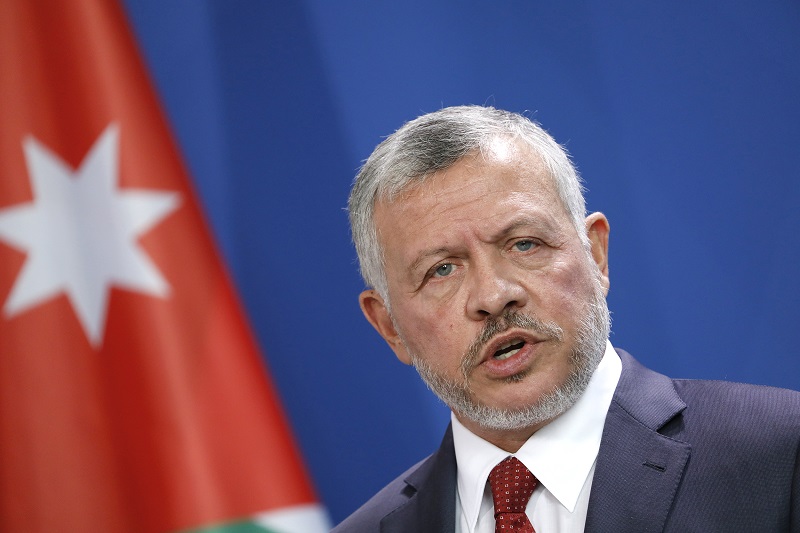 His Majesty King Abdullah II: How The King uplifted Jordan to its modern era as the country celebrates its second centenary under King’s rein

Jordan -King Abdullah II of Jordan. The name synchronizes with great leadership, modernization, achievements and upliftment of the people of Jordan and the country on the global stage. This is what Jordan King Abdullah II has accomplished during his rein since February 7, 1999. As the country celebrates the second centenary under the leadership of the King, the Jordanian government ensures to understand the requirements of its people and mark achievements across a plethora of sectors.

His Majesty Jordan King Abdullah II ibn Al Hussein was born in 1962 in Amman. He received his education from Oxford University and the School of Foreign Service at Georgetown University and later received his military education at Britain’s Royal Military Academy Sandhurst. After the passing of his father His Majesty King Hussein, King Abdullah II ascended to the Throne of the Hashemite Kingdom of Jordan in February 1999. Since then King of Jordan has been working relentlessly for his people and country and led it to today’s modern era. King’s leadership has worked across multiple sectors as he ensures the Jordanian government prioritizes the voice and requirements of the people of Jordan.

Launched under Jordan King Abdullah II in October 2009, Hakeem Program is Jordan’s first national initiative that is aimed to automate the public healthcare sector. The objectives of the Hakeem Program include facilitating an efficient and high-quality healthcare framework in Jordan through a nationwide implementation of an electronic health record system. Hakeem is now successfully implemented in 98 healthcare institutes across Jordan, which includes organizations under the Ministry of Health, the Royal Medical Service and also King Hussein Cancer Centre. A total of 20 hospitals, 21 comprehensive clinics and 57 primary clinics now are under the Hakeem program.

Jordanians stand by their King

As King’s rein celebrates the second centenary, Jordanians look up to King Abdullah II with pride and gratitude for the achievements. This strong allegiance of the people of Jordan to their King is the result of efforts made by the leader to modernize and develop Jordan to the level of other developed nations across the world.

For 22 years, Jordan King Abdullah II has been working towards his commitment to the Hashemite approach that is based on the Islamic faith and belonging to the Arab and Islamic nation, which is based on visions of the present and the future. Since his taking on the throne, he has also devoted to work domestically to institutionalize democracy and political pluralism and move towards sustainable economic growth and social development.

His Majesty’s vision includes the importance of communicating with the country’s youth and ensuring their involvement and engagement, along with supporting them, building their capacities, and bolstering their self-confidence. King of Jordan holds on to a belief – empowering young people is a cornerstone in modernized Jordan building. In this context, the King has launched many initiatives that are aimed to enhance youths’ role in economic, social, and political development. This vision starts right by investing in their education, training and pushing them to follow and pursue analytical thinking, creativity, and excellence.

His Majesty has worked on his vision through this that unemployment can propel the economic and social development of the people and country. The National Vocational Training Council has been the conclusion of Jordan King Abdullah II’s belief in the importance of bringing employment. The Council is working on plan aimed at training thousands of young Jordanians and qualifying them to enter the employment market.

Under directives of His Majesty, the 2025 Vision has been drafted that outlines the path to the future and sets a comprehensive framework which will govern economic and social policies that will be based on equal opportunities. The vision includes reinforcing country’s rule of law, ensuring equal opportunities for all, increasing policy planning engagement, and securing financial sustainability.