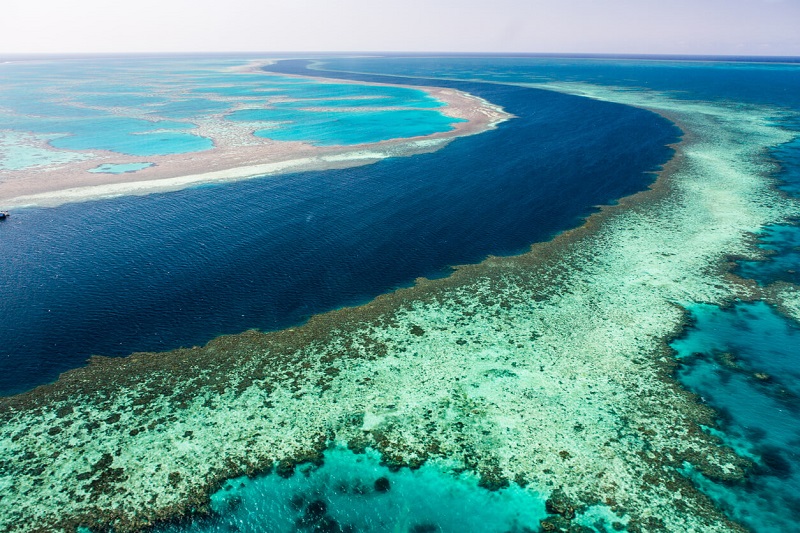 United Nations monitoring team is making a trip to Australia’s Great Barrier Reef later this month amid concerns over rising risk of widespread bleaching of the corals. UNESCO (United Nations Educational, Scientific and Cultural Organization) has confirmed that two of its scientists would be carrying out the project that would last for 10 days starting March 21, on request from Prime Minister Scott Morrison’s government.

The United Nations Intergovernmental Panel on Climate Change (IPCC) has issued warning that life and ecosystem of the Great Barrier Reef is in critical danger due to rising temperatures of the Pacific Ocean, which is leading to bleaching of the coral. In its sixth major report on planet health released on Monday, IPCC said the bleaching due to rising ocean temperatures will kill corals of the reef. Bleaching of corals occurs due to higher than normal temperatures of the ocean. Warm water causes corals to release the plants which make them colorful and provide them with food. Subsequently, the corals turn white and die rapidly. The prediction in report suggests that this process will continue due to continuous rising temperatures of ocean.

Last week it was reported by the Great Barrier Reef Marine Park Authority that at some places on the reef “low to moderate bleaching” has already been reported. “The Bureau of Meteorology is forecasting sea surface temperatures to remain above average throughout most of the marine park in the coming weeks,” the authority said.

The massive 2,300 km long natural coral reef system of Australia has witnessed five mass bleaching events in the past – 1998, 2002, 2016, 2017 and 2020. All these events have been caused by rising temperatures of the Pacific Ocean driven by global warming. It is to be noted that if the cooler conditions are returned quickly, mild bleaching of corals can be reversed.

The Great Barrier Reef is largest living structure present on Earth, and is home to thousands of marine animals. Whales, giant clams, dolphins and birds are others that depend on coral for life. The site is also a major tourism attraction bringing in approximately $4.6 billion per year to Australian economy. The industry also supports more than 60,000 jobs.

The head of oceans at WWF Australia, Richard Leck, said UNESCO advisers had recommended last year that the reef must be listed “in danger” due to the rising risk of bleaching led by increasing global temperatures.