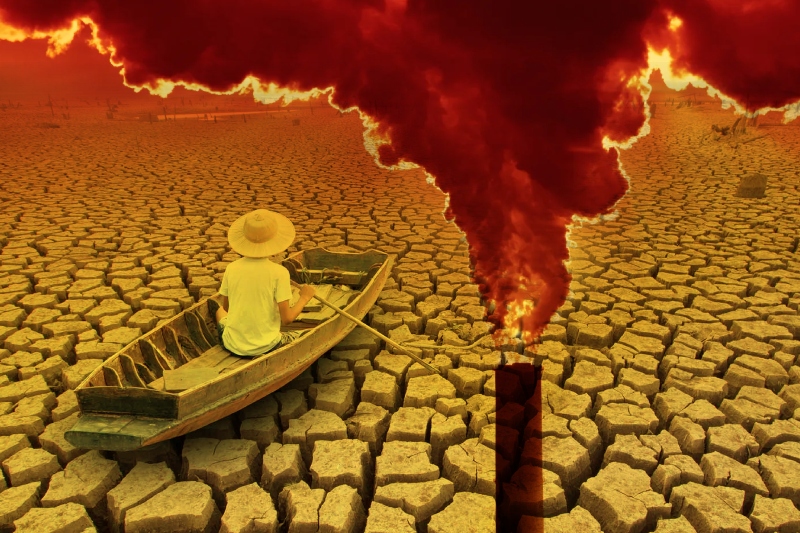 A report compiled by the intelligence agency of the United States has taken the names of certain countries which will be the most affected due to climate change as well as geopolitical instability. Climate change has been one of the most talked about issues in the recent months due to summits all around the world and hence, the report was compiled to get a fair knowledge about its impact on the nations.

There are in total 11 countries which will be severely affected by the drastic changes in climate and will be more vulnerable than the others. The report has been prepared in consideration to all the parameters that need to be considered before examining the scale of the damage.

These 11 countries are– Afghanistan, Burma, Colombia, Guatemala, Haiti, Honduras, India, Iraq, Nicaragua, North Korea and Pakistan. They will not only be experiencing one of the most extreme weather changes but they will also witness threats that are born out of energy, food or water crises.

Part of the problem on why these countries come under the maximum level of threat is also their current administrative status. The report was published on Monday where all the 18 intelligence agencies had confirmed the names of these 11 countries.

It stated that “intensifying physical effects will exacerbate geopolitical flashpoints, particularly after 2030, and key countries and regions will face increasing risks of instability and need for humanitarian assistance,” is among the reasons why these nations come under high risk factor.

There is no one way to predict the damage that these countries might witness but on the top layer, a temperature rise will be the most significant change for them.

Temperature rise could further ignite many other problems like amplifying mosquito and diarrheal disease outbreaks in South Asian and Central American countries, which will impact and moreover crush the health sector of these countries.