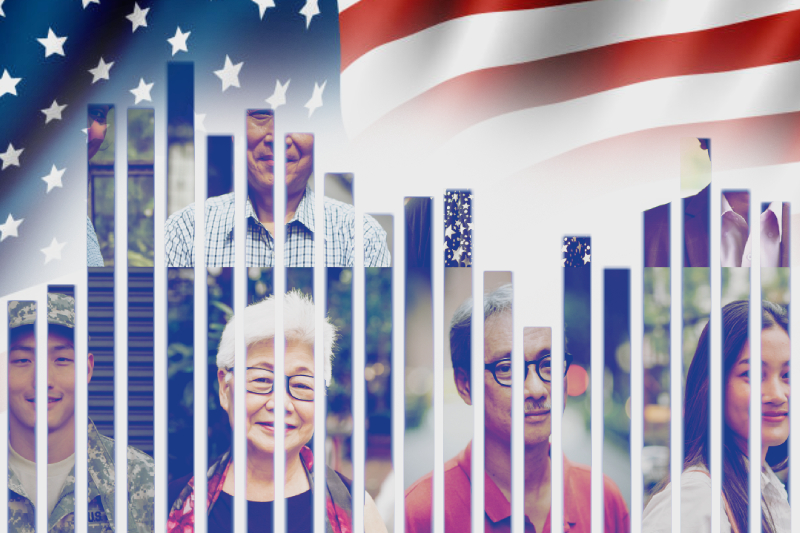 United States of America is witnessing a shift in demographics. The 2020 Census revealed that Hispanics and Asian-Americans are now driving the US population growth. There is more diversity in USA population now, experts reveal. For the first time Americans identifying as ‘white’ have dropped below 60% and ethnic minorities are growing in population share.

This once – in – a – decade population count is set to tussle political nerves as next year midterm elections can help to sway voters in key districts. The count shows demographic shift of each neighborhood and district in past 10 years. Racial and ethnic data is also included in the count along with voting age population in each area.

The census shows past decade witnessed an overall population growth by 7.4% and reached the mark of 331 million. This has been the slowest rate growth in the US since 1930s. Over half of the total population growth was led by increase in the American Hispanic population, which reached 62.1 million, or 18.7% of the total in 2020, as compared to 16.4% in 2010 and 12.6% in 2000. The Asian-American population too increased by 35% to 24 million. It is thus the fastest growing section of the US population. The black population grew by 5.6%, but held steady at 12.1% as a part of the overall US population.

The stark changes in demographics can be a trigger to bring in new concepts of identity among Americans. “It’s going to require new ways of understanding about who’s American,” says New York University’s Ann Morning, the author of The Nature of Race: How Scientists Think and Teach about Human Difference.

This can also be a governing factor in decisions around ballot box when mid term elections are held next year. “The news that the nation’s white population is shrinking, while the black and brown populations continue to grow, is likely to provoke the anti-democratic, racially-anxious contingent among state legislatures,” said Marc Morial, the head of a civil rights organisation, the National Urban League.