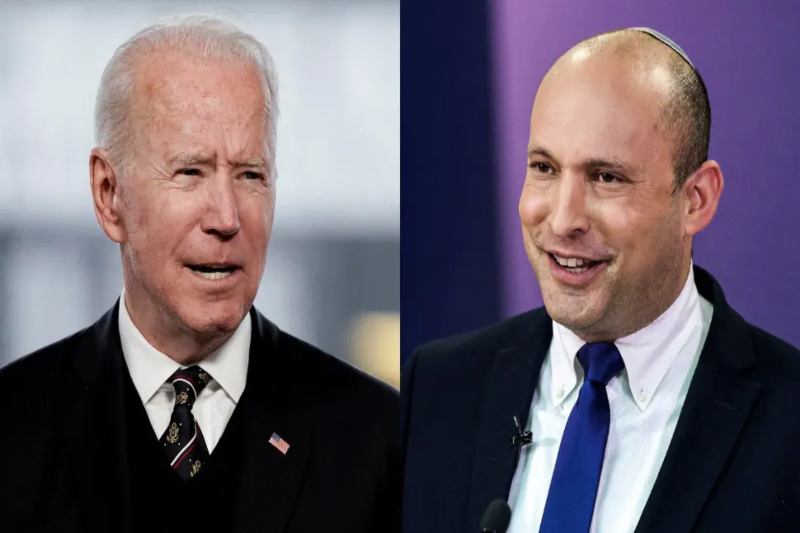 When Israel’s incumbent prime minister reaches the White House on Thursday, it will be a historical development. Historical in a sense that it will be for the first time in 12 years that someone other than Benjamin Netanyahu will enter the US as Israel’s PM.

This fact alone has given the talks a sense of renewal, even though severe differences remain between Joe Biden – the US President – and his new counterpart, Naftali Bennett.

Biden sees the Oval Office meeting as an opportunity to reset ties with Israel. He thinks of it as a chance to clear the air after stormy relations between the ex-Israel prime minister and Democratic US administrations.

This is evident from the fact that Biden wasted little time in inviting Bennett to his office and called him for two hours after the new prime minister took office in June. It took nearly a month for Biden to call Netanyahu after he took over the US state of affairs at the beginning of this year.

This meeting will also allow Biden to look somewhere else other than Afghanistan.

Biden and the right-wing Bennett have significant divides, specifically over the Iran nuclear deal and Israeli arrangements in the West Bank. Bennett has discarded the idea of a two-state solution to settle the conflict between Israel and the Palestinians. Biden, on the other hand, has supported this thought for decades.

In talks dominated by the chaotic U.S. withdrawal from Afghanistan, both the leaders will try to turn the page on years of tensions between the two countries. Experts say that Benjamin Netanyahu was close to former President Donald Trump, Biden will tend to bend more on his stances to establish a rapport with Bennet.

In what’s been planned as a low-key meeting, Bennett will move on from Netanyahu’s combative public style and manage disagreements constructively behind fallen curtains between Washington and its closest Middle East ally.