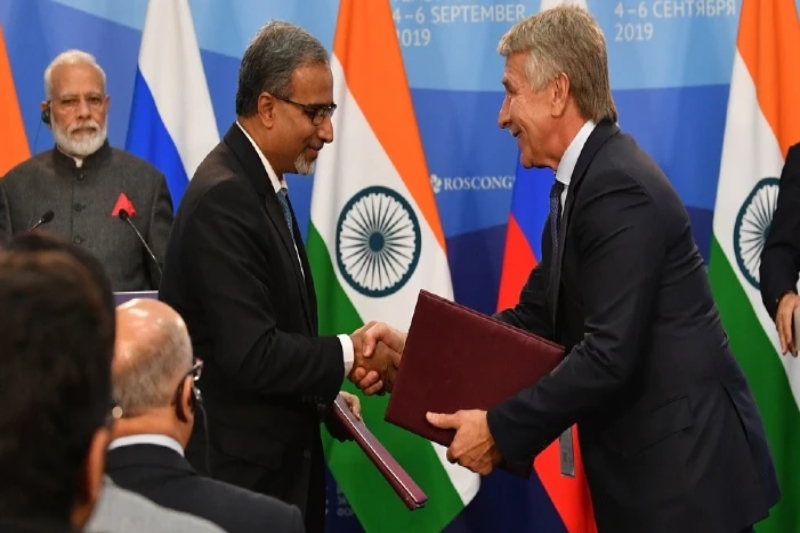 India, Russia, and Japan are exploring possibilities to enhance their partnership, paving the way for the development of a new trilateral alliance in the Indo-Pacific region. As per reports, the three countries are looking forward to holding a special meeting during the upcoming sixth edition of the Eastern Economic Forum (EEF) in Russia.

Notably, India is working on potential ways to strengthen ties with Russia after Moscow expressed its discontent with the Quad grouping (consisting of India, Japan, Australia, and the US). India’s efforts to bring Russia into the grouping will not only help New Delhi in fulfilling its goal to boost economic partnerships in the resource-rich Russian Far East, it will also facilitate robust ties between Russia and Japan.

As part of these efforts, PM Modi became the first Indian Prime Minister to visit the Russian Far East to reinforce ties and initiatives between the two countries in 2019. Meanwhile, New Delhi and Tokyo have been enjoying years of warm relations in key areas of defense and trade among other sectors.

This trilateral partnership is even more crucial amid the increasing influence of China in the Indo-Pacific region. Notably, both India and Japan have been experiencing hostile relations with China.

While India is a part of several trilateral groupings, including India-Japan-Australia and India-Japan-USA, it has been contemplating various prospects to actively work with Russia to enhance stability and cooperation in the global order.

From greater economic opportunities to the increased diplomatic presence in the Indo-Pacific region, the India-Japan-Russia grouping can open several doors for the three countries. India has security and economic interests with Japan along with interests of energy deposits in the Russian Far East.

Strengthening the trilateral arrangement is also part of Indian PM Narendra Modi’s ‘Act Far East’ policy under the broad Indo-Pacific framework. At the same time, Russia has been seeking to bring Indian and Japanese investments and intensify their presence in its Far East.

In January 2021, the Indian Council of World Affairs (ICWA) hosted a Track-II dialogue between the think tanks of the three countries. An outcome statement of the dialogue stated that the trilateral grouping is exploring ways to harness economic opportunities in the Russian Far East as well as boosting cooperation in key areas of social, regional and economic issues of mutual interest.