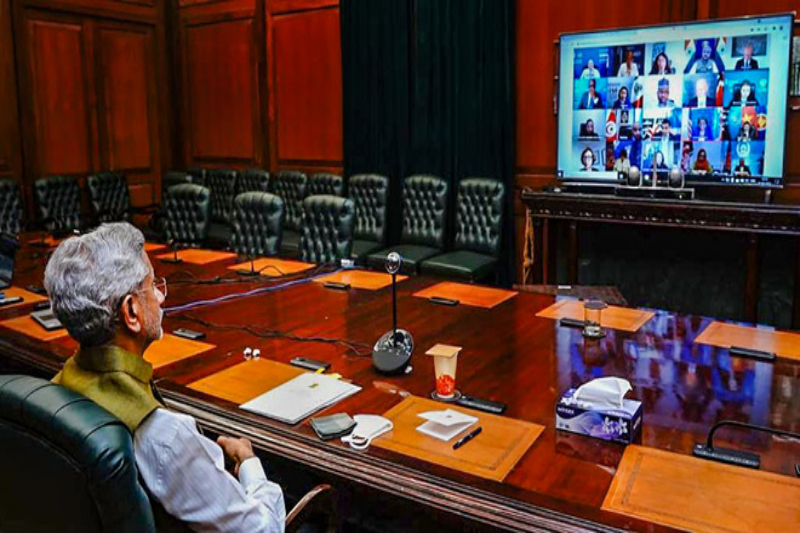 As the United States is withdrawing its troops from Afghanistan, India is engaging with Afghan officials and Taliban members to establish a complete ceasefire in the landlocked country. As per media reports, an Indian delegation recently met Taliban’s political leadership in Doha to discuss the Afghan peace process.

At a webinar organised at the Arab center in Washington on Monday, a senior Qatari diplomat stated that the Indian officials paid a “quiet visit” to Doha to discuss issues related to mutual concern with Taliban officials.

“I understand that there has been a quiet visit by Indian officials…to speak with the Talibans… because Taliban is a key component of, or should be or is going to be a key component of the future of Afghanistan,” said Mutlaq bin Majed al-Qahtani, special envoy to Qatar for counter-terrorism and conflict resolution.

However, the Indian government has yet not responded to al-Qahtani’s statement.

Addressed the @UN Security Council on Afghanistan today. Condemned the violence and targeted attacks, calling for a comprehensive ceasefire and protection of civilians.

Last week, Indian foreign minister S Jaishankar visited the Qatari capital Doha for the second time in one week. During his visit, he held talks with his Qatari counterpart Mohammed bin Abdulrahman Al-Thani as well as US Special Representative for Afghanistan Reconciliation Zalmay Khalilzad to discuss matters related to the Afghan peace process among other diplomatic concerns.

Jaishankar’s stopover comes amid reports that India has for the first time opened channels of communication with Afghan Taliban leaders, including Mullah Baradar.

Earlier this month, India opened channels for communication for Afghan Taliban leaders, including the group’s deputy leader and negotiator Mullah Abdul Ghani Baradar. This move was seen as a major diplomatic shift from India’s previous position to not engage with Taliban over the Afghan peace process. External Affairs Ministry Spokesperson Arindam Bagchi has also confirmed that New Delhi is in touch with various stakeholders in Kabul as part of its long-term commitment to ensure development and reconstruction of Afghanistan.

On several occasions, India has reiterated its call for peace within and around Afghanistan to preserve constitutional framework in the country. New Delhi has also called on the international community to press for a permanent ceasefire in Afghanistan amid increasing incidents of violence. In recent years, India has emerged as the largest regional contributor to reconstruction efforts in Afghanistan with enormous financial pledges of $3 billion.