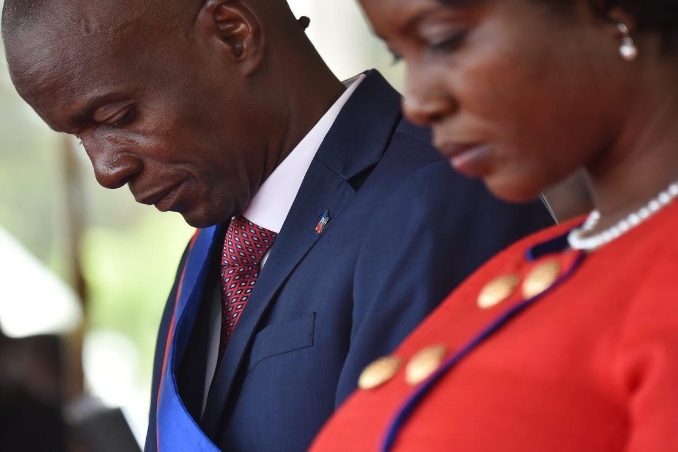 The wife of Haiti’s slain President Jovenel Moise has urged the international community to assist in tracing those down responsible for murdering her husband in a late-night raid at the couple’s home in July.

In two months since President Moïse was assassinated, Haiti has suffered a disastrous earthquake and a drenching tropical storm, deflecting focus from the man-made crisis that occurred before them.

Add up the endless worry over worsening security at the hands of gangs that control a territory that’s home to a fifth of Haiti’s 11 million citizens – the investigation of Moïse’s killing is fading fast from the public consciousness.

Even those who are paying attention, demanding answerability, and pressuring for an investigation see no chance to the crime’s craftsmen being brought to justice in a land where exemption reigns.

It is pertinent to mention that a large portion of the population disliked Moïse.

The murder appears destined to join other killings in Haiti, like journalist Jean Dominique in 2000 and lawyer Monferrier Dorval last year, both unsolved.

Against this backdrop – draped in a black dress and sling due to the injuries she sustained during the attack, Martine Moise said on Monday that she feared progress had slowed – even though Haitian authorities had made some advances.

“The process is stalling a little,” she said. “Those who did this are moving out there, and I don’t know if their faces will ever be uncovered. Every country that can help, please do help.”

About two months after the July 7 assassination, key aspects of the murder of her husband remain covered in mystery. Haitian police have arrested about three dozen suspects, including 18 Colombian mercenaries.

But little evidence has been publicized so far.