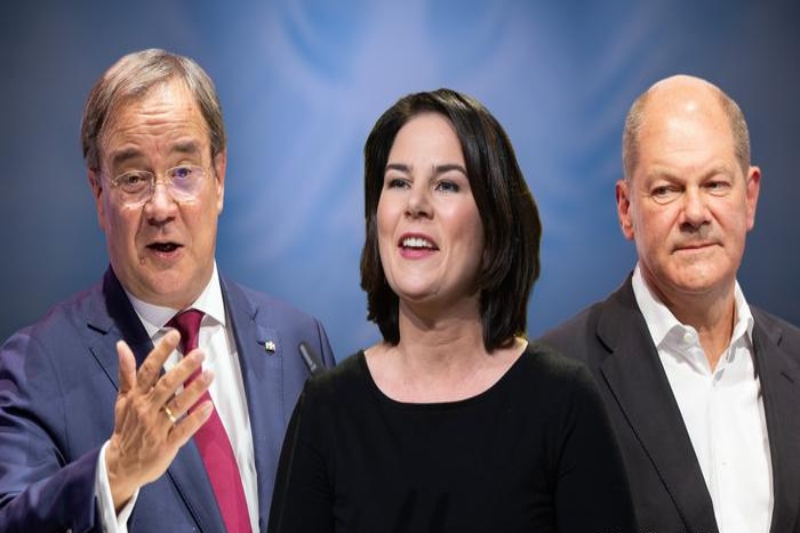 Germany elections, the first confrontation between the three candidates

Four weeks before the election in Germany, the three contestants for the chancellery challenged each other in a first televised confrontation. Two more three-way debates are scheduled before the September 26 elections, on September 12 and 23. The questions covered all topical issues: domestic and foreign politics, emphasizing Afghanistan, through anti-Covid measures and climate change, without neglecting fiscal policies and possible post-war alliances vote.

In general, the CDU / CSU candidate and that of the Greens, at a disadvantage in the polls, appeared more aggressive, while the Social Democrat, exploiting the advantage deriving from being already the vice-chancellor in office, was careful not to make mistakes.

Laschet focused on the issues dear to the center-conservative electorate, underlining the commitment to national security, outlining against too rigid environmental limits hoped for by the Greens that penalize the industry, and strongly emphasizing the opposition to new taxes.

The governor of Bavaria Markus Söder had already sprinted on him in this regard in an interview on the public broadcaster Ard, stressing that only the Union guarantees the separation of the spouses’ incomes – which the SPD would like to modify in fact by canceling it – and protects the prerogatives of family businesses.

The CDU / CSU candidate gained some charm by still distancing himself from his party mates in foreign policy, admitting that the CDU-led government in Afghanistan was a failure. But he has discharged the responsibility for not having guaranteed the funds to renew the armed forces’ equipment on the SPD. He launched the idea of ​​a National Security Council within the Chancellorship in which all ministers bring their departments’ information. Laschet insisted on describing the CDU as the main guarantor of defense.

He directly attacked Olaf Scholz, reminding him that he had not sent forth the necessary documents to equip the army with drones with proper armament. Scholz stifled this too with phlegm, replying that he had given the green light to the construction of drones and that “when the question of armament has to be decided, it will be decided in the appropriate way to ensure the safety of our armed forces.” He also pointed out that, as the finance ministry, he has increased the military budget to over 50 billion euros, preparing them for international commitments.

Laschet challenged Scholz to declare that the SPD would not ally the vote with Linke. And the vice-chancellor did not satisfy him: reiterating that he would ask the left party for a clear recognition of NATO and the EU – unacceptable premises for the team of Janine Wissler and Susanne-Hennig Wellsow – he effectively dismissed the hypothesis by ticking the arrow. Laschet, on the other hand, had pressed him by asking him to say “only three clear words: never with Linke,” which are four.

However, a blunder that has weakened the aura of leadership occurred in the debate. The CDU candidate missed an important point. Markus Söder had already scratched the image of Scholz in the afternoon, admonishing those who voted for SPD would then risk finding characters far from the values ​​of the bourgeoisie in the government team. Like the “far-left” Social Democrats Saskia Esken and Kevin Kühnert or the green Anton Hofreiter. Laschet also reiterated the same warning.

In the latest poll released by Insa on August 30, the Social Democratic Party led with 25% of preferences, followed by the CDU / CSU at 22%, then the Greens at 16.5%, and the Fdp at 13.5%. Finally, Linke is on the verge of exclusion from the new Bundestag with 8%. The CDU / CSU, after 16 years, must be able to overturn the impression of not knowing how to renew itself. The voters, who will lose the confidence of a proven Angela Merkel, naturally tend to give confidence to the candidate who already has government experience, namely Olaf Scholz.

However, the electoral outcome is still open. The debate has not marked a clear winner but confirmed that the negotiations would be predictably long and complicated if the polls force the parties to join forces.